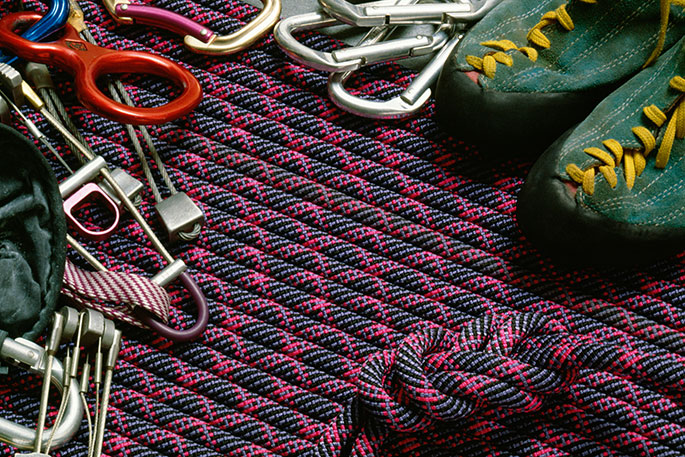 Coroner Michael Robb says the death of an American climber “would have likely been prevented” had she used her own equipment. File photo.

A coroner’s findings into a climber's ‘preventable’ death in the Coromandel has prompted a timely safety reminder from the Mountain Safety Council.

Coroner Michael Robb says the death of an American climber, who fell 120m while climbing in the Coromandel in 2018, could have been prevented had she not relied on damaged equipment that another climber left attached to the rock face.

MSC is now encouraging all climbers to use their own equipment, that they know and can rely on, and to take their gear with them after each climb.

Lauren ‘Kimi’ Worrell, 28, died on August 19 in 2018 while preparing to descend a challenging 120m rock face while climbing with her partner Richard Graham at Castle Rock Pinnacle in the Coromandel.

As Graham prepared his own equipment, he watched as Worrell neared the steepest section and slipped, falling over the edge and out of his view.

After calling emergency services he noticed that the “heavily weathered” fixed nylon webbing she was clipped to, had snapped.

This webbing was already attached to the rock, having been left behind by previous users. Worrell died at the scene.

Worrell had sufficient equipment to setup her own safety line, however, had chosen to clip into the existing webbing, which she may have done to save time, the report states.

She has been described by family as an experienced climber with three years’ experience climbing in both the United States and New Zealand.

She had climbed at Castle Rock two times previously.

Coroner Robb’s findings states Worrell’s death “would have likely been prevented” had she used her own equipment and not relied on the fixed rope that was already attached to the bolts.

He also adopted a recommendation put forward by the New Zealand Alpine Club for an amendment to the Rock Climbing Access Framework that discouraged the installation and use of fixed ropes and other soft equipment to prevent climbers from being placed in a situation where reliance on weathered soft equipment is an option.

MSC Chief Executive Mike Daisley says the coroner’s findings were a good reminder to the climbing community not to use existing site anchors or attachments, such as ropes, without first checking that they were safe to use.

“It’s really important that all climbers either use their own equipment or be totally certain that the existing equipment is safe.

“It is best not to rely on existing equipment that you don’t know the history or quality of.”

Mike says it’s a good habit to take all your equipment with you and not to leave anything behind.

“Make sure you take the time to thoroughly assess any equipment you come across and while it may seem faster to use existing setups, it is likely much safer to create your own.”