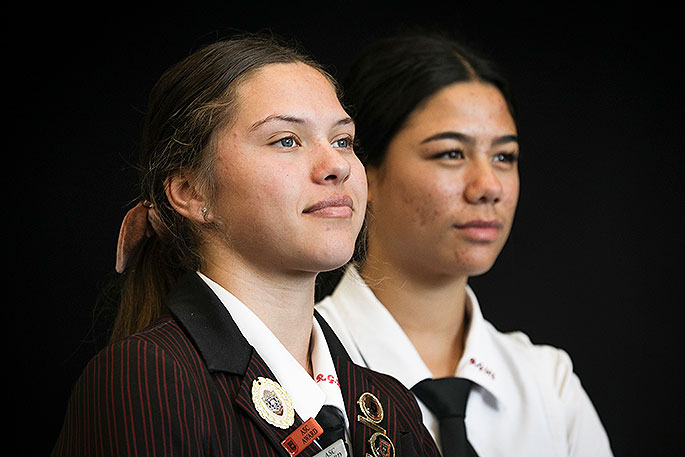 Rotorua, Waiariki and Tauranga candidates clashed on colonisation, discrimination and the Foreshore and Seabed Act at a debate for students at Rotorua Girls’ High School.

Seventeen-year-old student Taini Paul-Tomoana asked about the repeal of the Foreshore and Seabed Act and what the represented parties could do for Māori youth “to help with decolonisation” at the Wednesday night debate.

“Those are different people, it’s a different party ... it’s like any of you being blamed or held to account for what your parents did.

“Decolonisation … is a journey that we each individually have responsibility for.

“For me as a Pākehā, this is a daily challenge, and one that, I’ll be totally honest, isn’t always comfortable, but that’s the whole point.”

She says the free lunches in schools programme empowered Māori because it gave everyone a good start.

National candidate Todd McClay disagreed with Mahon on culpability for the effects of the Foreshore and Seabed Act.

“You do need to judge a party based on what it’s done previously, it’s not just about what you want to do today.

“The Labour Party got it wrong around the Foreshore and Seabed.

“A law was put through that was harmful to New Zealand.

“[The National Party] had a leader previously who had very strong views around race relations. You go back 15 years, race relations in New Zealand were very challenged.

McClay says in his opinion: "Back then the National Party got it wrong, but we had to own that, because he was the leader at the time.”

Don Brash was leader of the National Party from 2003 to 2006 and expressed controversial views opposing Māori separatism and affirmative action. 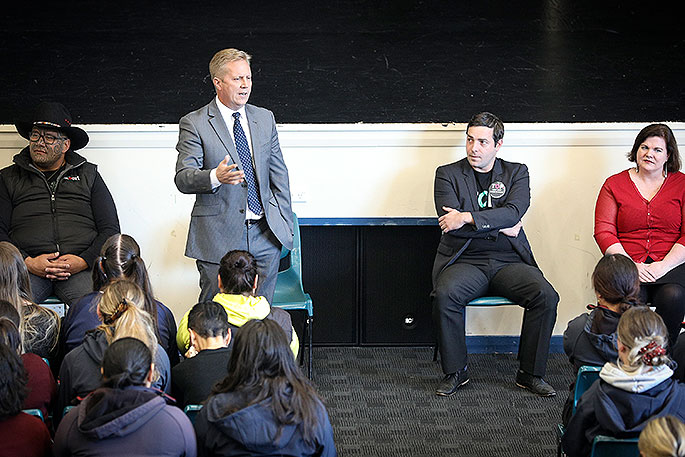 McClay says he's proud the previous National Government, in which he was a cabinet minister, “got through more Treaty settlements through in that period of time than any Government ever has”.

He says a universal basic income would help Māori.

However, Rawiri Waititi stole the show on the issue of race relations, with students visibly roused by his speech and murmuring affirmatively as he spoke.

“It’s hard to look for a solution to colonisation when really you haven’t been subjected to it,” he said.

“The Foreshore and Seabed was one part of confiscation.

“The biggest muru, or ... confiscation, was the confiscation of our minds and hearts and our souls.

“If you look at a cake … the National Party eat all the cake, and say to Māori, here’s the crumbs, now go over there and eat it and don’t come back.

“The Labour Party do the same, they eat all the cake, they give you the crumbs and say ‘here’s the plate’ - we go grab the plate, they say ‘hang on, we’re going to now feed you those crumbs’.

“It’s time for us to start looking at the cake and take our rightful piece.”

The analogies kept coming, as Waititi went on to say Sir Tamati Reedy had said the great white shark was the Pākehā.

Paul-Tomoana, who asked the original question, told the Rotorua Daily Post after the debate she felt Mahon and McClay downplayed the effects of the Foreshore and Seabed Act.

After the debate, Anipātene Williams, who will become eligible to vote on election day, said some of the politicians had talked about what their father or grandfathers had done - “what have you done?”

Williams says she had her mind made up on who to vote for, but after the debate would “re-evaluate”.

Rotorua Girls’ High principal Sarah Davis says the debate is the third the school had held and she had wanted the students to access “the people who are directly influencing decisions that matter in terms of their future”. 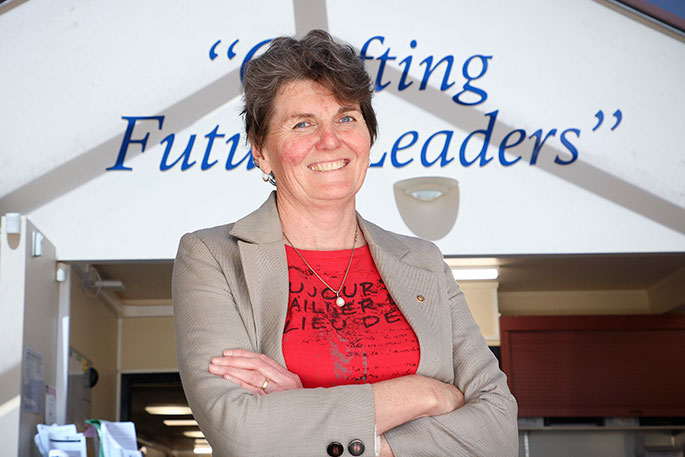 “It’s been more significant than what I first realised in terms of the way that the girls have engaged themselves, and what that’s saying to me is this is really important to them and they are taking this whole process really seriously.

“They’re not following the lead of their family, they’re wanting to actually know for themselves what’s right for them.”

Yes history is important. Perhaps you should study it more.There are many examples of the difference between Maori and none Maori opportunity. 1. when your education deprives you of the right of being educated in your own language. 2.When the second grade land you "own"has multiple ownership by law. 3 Banks refused to lend money on such land for generations. Only now after years of activism things are starting to change to change. No chip on my shoulder, just understanding.

Nobody is denying any generation a better life. In New Zealand everybody, yes everybody is afforded equal opportunity. Some choose to seize the opportunity and some don’t - they deny themselves by holding onto the past. It’s history. It doesn’t mean it is right or wrong but is history. As Slim Shady says, with a chip on your shoulder you cannot move forward - you keep it there and only end up holding yourself back. We should not forget the past but rather learn from it and move onwards and upwards. Every person in NZ has the same opportunity. It’s what you do with it . . .

@Slim. Quite probable you and I are more alike than you may think. But had more time to get over it. According to the book "All the Countries We’ve Ever Invaded: And the Few We Never Got Round To", there are only 22 countries Britain never invaded throughout the course of history.

The perpetrators of injustice, or the victims. It is unjust to deny current generations the democratic right to a better life, simply because you have decided their politics is all about sugar coating. Get over it.

Actually R. Bell, Slim Shady is totally right. How many apologies with handouts are needed. They want sugar on top. As Slim Shady says, it’s time to stop complaining and get on with life. Quit dwelling and living in the past. It’s time to move onwards and upwards . . . together.

fell on deaf ears, resentment builds when condescending apologies are a substitute for moral action. Pressure is a constant and necessary ingredient to educate all potential leadership. Sugar coated apology is not required, just empathetic understanding. It’s easy really.

Some people will never move forward because they have a chip on their shoulder. They are holding themselves back, not being held back by anyone. On behalf of my forebears, I’m sorry. With sugar on top. Now get on with your life and stop complaining.