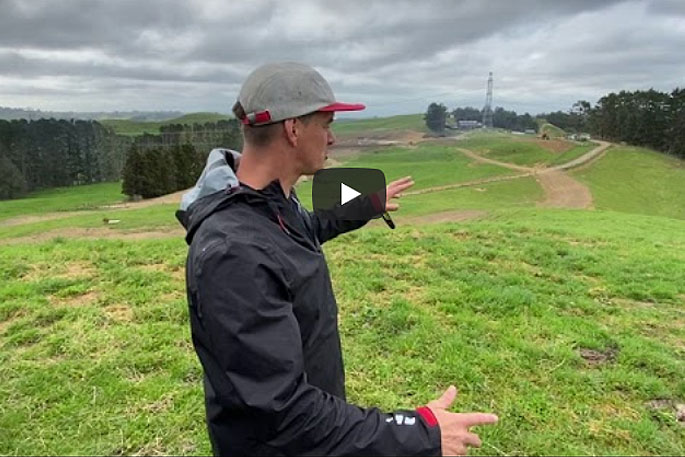 Drift King Mad Mike Whiddett will bring his RUMBUL super truck to the Repco Battle of Jacks Ridge next month.

The 2018 Formula Drift Japan Championship winner is one of New Zealand’s most successful and recognisable motorsport personalities.

He is expected to be a major feature at the November 15 event at the purpose-built WRC-calibre power stage on former national champion Andrew Hawkeswood’s Auckland property.

“I was up at his property about five years ago with my son Lincoln ripping around in his trophy cart in the bare paddocks.

“I bumped into PJ [Rally New Zealand 2020 chairman Peter Johnston] out at Hampton Downs at the cafe and he mentioned that even though WRC isn’t happening this year they were still going to push on with this mega event out at Hawkeswoods.

“I met up with Hawkeswood and looked at the property and I was blown away with what they were constructing with excavators, bulldozers, dump trucks etc and I was super pumped to see it.

“Also having an off-roader that has been sitting in the shed all year, I was like yup, I am going to bring this out.”

Whiddett will run his 13B twin rotor engine Mazda B2000 Stadium Truck on a separate course to that of the rally cars across the day to ensure he doesn’t cut up the stage too much.