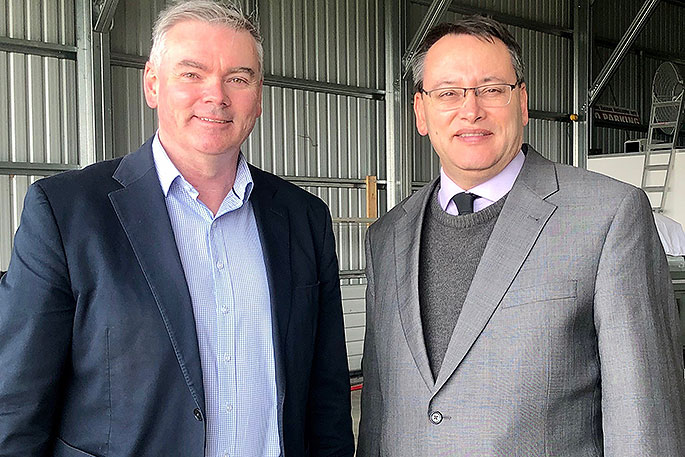 Coromandel MP Scott Simpson says National will re-establish a rescue helicopter in the Coromandel if the party is voted back into government.

National would provide $1.1 million in annual funding from the health budget to help fund the service, which was axed in 2019 by the Labour Government.

“The people of the Coromandel need a chopper based in Mercury Bay at the Coromandel Rescue Helicopter Trust’s hangar over the summer months and at long weekends. National will bring it back,” says National’s Health spokesperson Dr Shane Reti.

“This is an extremely busy area and a cost can’t be put on saving lives.”

“Earlier this year I accepted a 46,439 strong petition on behalf of the Coromandel community, signalling their anger, frustration and the sense of betrayal from the service being cancelled,” says Simpson.

“I am delighted that a National Government will bring this Coromandel Rescue Helicopter back and ensure Coromandel’s summers are safer.”

Earlier this year, a petition was launched after the Ministry of Health decided not to base a helicopter in the Coromandel over the summer as part of its 10-year modernisation programme.

For 10 years, a helicopter has been based in the town for around eight weeks over the busy summer holiday period.

“To have no helicopter here is just absurd with the population that's here at the moment, the place is heaving with people and we just haven't got it here,” he said, speaking about the Coromandel and nearby islands over summer.

He says the aircraft would have several callouts a day when it has been stationed there fulltime.