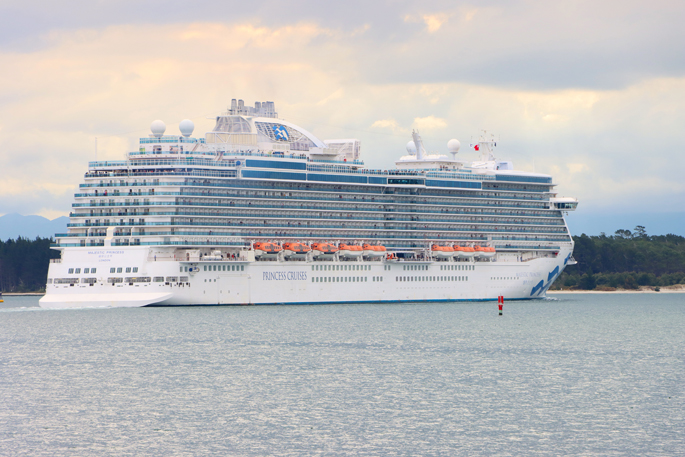 The effect of COVID-19 is being felt in the cruise ship industry after the season was cut short this year.

The $18.1 million fall in annual cruise spending reflected a shortened number of cruise voyages, port calls, and passengers due to enforced border restrictions from March.

The cruise season is highly seasonal with most visits between October and April each year. The ban came into force at the end of the season.

This reflected both reduced fuel demand and the loss of activity associated with port calls for the remainder of the season following the border restrictions. GST from cruise expenditure contributed a further $52 million to total expenditure.

Tauranga and Auckland were the largest recipients of total cruise spending. In the year ended June 2020, spending in Tauranga reached $74.3 million, down 16.8 per cent, with Auckland recording $207.6 million, up 9.5 per cent.

The tragic events of the Whakaari/White Island eruption in December 2019 resulting in 21 deaths were a contributing factor in reduced spending across the wider Bay of Plenty region, says Stats NZ.

At the time of COVID-19 enforced border restrictions, the New Zealand Cruise Association had recorded 169 ship voyages and 901 port calls, including an increasing number of overnight port calls. For the corresponding period of the 2019 season, 146 voyages and 823 port calls had been completed.

A further 41 voyages and 139 port calls were scheduled for the remainder of the 2020 season to June with an estimated 70,000 cruise ship passengers anticipated.

“The decrease in international passengers was led by citizens from Australia (down 13,000) and the United States (down 5000), while the United Kingdom recorded an increase of 1,700. The number of New Zealand citizens almost halved from 35,000 to 18,000,” says population insights acting senior manager Tehseen Islam.

United States citizens accounted for 21 per cent while New Zealand and United Kingdom citizens were seven per cent each.

Australia, the United States, and the United Kingdom collectively made up almost 80 per cent of passengers during the 2020 year.