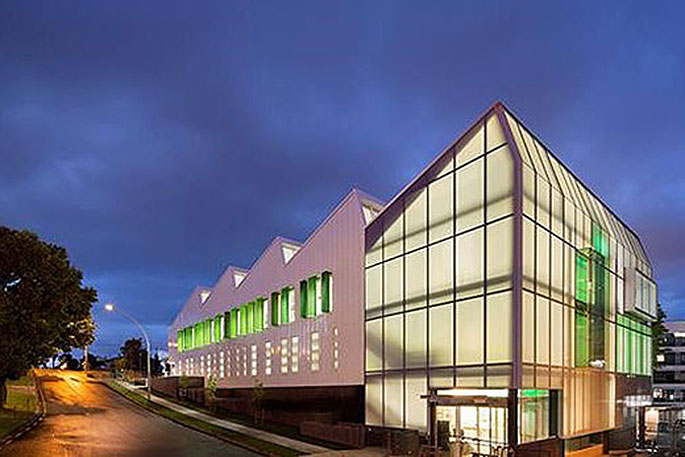 The treatment is being offered at the Kathleen Kilgour Centre in Tauranga.

Breast cancer patients undergoing radiotherapy at Kathleen Kilgour Centre in Tauranga are benefiting from a clinical breakthrough that reduces their treatment time by two thirds.

This is a move being welcomed by the Bay of Plenty District Health Board.

It also means a greater number of patients can be treated in a shorter time, leading to benefits for other cancer patients undergoing radiotherapy.

Because it involves fewer visits and less contact patients have with hospitals and staff, there are also benefits during the coronavirus pandemic.

Bay of Plenty District Health Board chief executive Pete Chandler says is thrilled with the development which would benefit patients across the Bay of Plenty.

It underscores the importance of the partnership between the DHB and Kathleen Kilgour Centre in providing the best possible cancer treatments for the population.

Radiation oncologist at Kathleen Kilgour Centre Dr Glenys Round says the adoption of the shorter treatment regime, which follows the results of a successful five-year trial in the UK, is “very exciting”.

One Tauranga patient, a woman in her sixties, has already undergone the shorter treatment and others are due to begin shortly.

“We have anticipated the results of the trial would be published soon and were looking forward to them,” she says.

“There are significant benefits to patients and the institution - the Kathleen Kilgour Centre.”

Previously, women diagnosed with early-stage breast cancer received 15 doses of radiation after surgery over a period of three weeks.

The trial conducted by the Institute of Cancer Research in London showed five larger doses of radiation given within a week were as safe and effective as the three-week schedule.

The results were published in The Lancet on April 28.

Dr Round says although the clinical trial included women with a wide range of tumours, the treatment will initially be offered to patients who were low risk.

“This is a new way of delivering our radiation dose. We need to be cautious because the results are very early.”

She says the benefits for patients are considerable.

“We have patients from as far away as Te Kaha, more than two and a half hours from Tauranga, and those patients may well be considered for the new treatment given the travel time and dislocation to their lives.”

She says the treatment has also been endorsed as a suitable technique in the COVID era to reduce the contact patients might need to have with hospitals and hospital staff.

The reduction in treatment time would also mean a greater number of patients could be treated at the centre.

“Up to 30 per cent of the workload of the department relates to breast cancer, so it is clear, if you are using only a week of treatment, we’re going to get a lot more patients through treatment in a shorter time. There will be benefits not only for breast cancer patients, but patients in general.”

Last year, 175 breast cancer patients were treated at the centre.

Dr Round has been a radiation oncologist for more than 30 years.

She says the speed of change in breast cancer treatment has been rapid, particularly in radiation therapy, but also in surgery and systemic treatment such as chemotherapy and hormone treatment, all of which were leading to better outcomes for women.

Breast cancer is also being detected earlier with improved mammographic techniques. When she began practising, the majority of women had mastectomies, regardless of the size of the primary cancer and most women also received radiation therapy.

“Less radical surgery improvements in radiation therapy along with new treatments mean that more women are surviving and surviving well.”

“Because of the higher dose administered at each treatment visit, accuracy is crucial and the safety checks are rigorous,” says Suzanne.