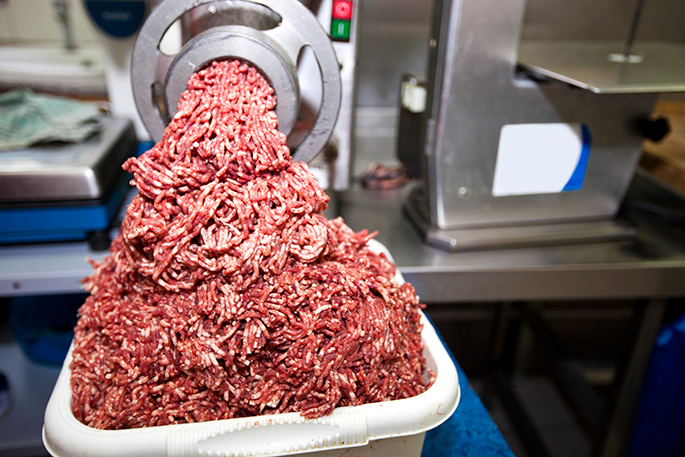 The Meat Industry Association says the country’s meat processing and exporting sector faces being forced to limit production and let people go unless the government recognises the essential role of its skilled migrant workforce.

Around a third of the country’s 250 essential halal processing workers, who help generate more than $3 billion in export earnings every year, will have to leave New Zealand next year due to the government’s one-year stand-down policy.

Chief executive of the Meat Industry Association Sirma Karapeeva says the loss of halal processing people -- alongside hundreds of other essential meat workers -- could result in reduced production and job losses in the sector, which is New Zealand’s largest manufacturing industry.

"Most of the 42 halal processing plants in New Zealand now operate between 10-12 months per year. A shortage of skilled halal processing people could result in production at many plants being limited to six months in the year, which would mean processing of livestock for farmers is severely disrupted and employees might be let go.

"Under the Government’s one-year stand down policy, which applies to low skilled workers, some 80 of these essential halal processing people, and at least 260 other essential meat workers currently working in New Zealand, will be forced to leave.

"Halal production is a key aspect of the industry’s approach to meeting consumer requirements globally. These skilled people are absolutely critical to sustain the entire industry of 25,000 workers."

"We are working hard to attract people who have lost their jobs as a result of COVID-19. However, the export demand for halal products means we have a high need for certified practising Muslim processing people and these are highly specialised roles.

"While we recruit as many as we can domestically, it significantly falls short of our need. That means we have no option but to look to migrants to fill some 150 roles each year."

Since 2002, the industry has been granted an annual Approval in Principle (AIP) to bring in around 145 halal processing people from overseas to fill the sustained shortfall.

"We are actively working on a workforce development strategy to widen the training pipeline in New Zealand, but this relies on certainty of production and our existing halal workforce is a critical aspect of this," says Sirma.

"As the country’s second largest export industry, we have shown our resilience and agility by continuing to produce and export food to our 120 global markets during this challenging time, while providing safe employment for over 25,000 people, predominantly in regional communities across New Zealand."

The industry is urging the Government to extend the time that skilled migrant workers are permitted to remain and work in New Zealand.

Both Kosher (Jewish) and Halal (Islamic) methods of slaughter involve bleeding the animal and, in NZ at least, the animals are unconscious (by stunning) before the fatal cut is made. The NZSPCA has approved both methods here. It is as "civilized" as the execution of ANY food source can be made and it IS humane. In fact, there is only ritual difference between the way Halal meat is produced and the way ALL our meat is produced. There is no stand by SPCA and Greens because there is nothing to stand up for. (Leaving aside the morality or otherwise of eating ANY living creature.)

Halal killing is not humane according to N Z standards.Why is it allowed to happen and carry on here..Where is the Greenies and SPCA stand on this.?