Vegetation and tyre fires in EBOP 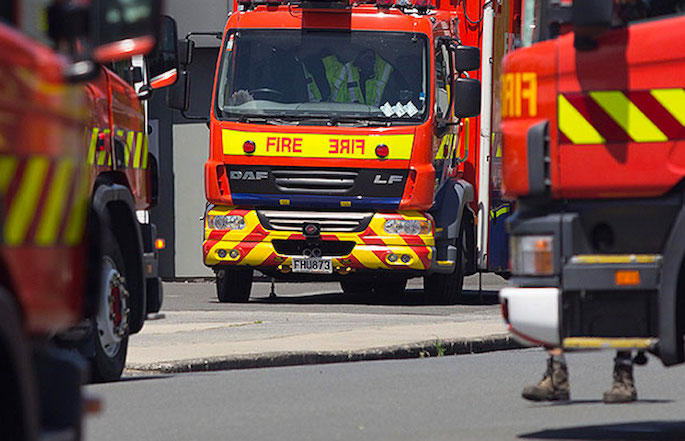 Firefighters are dealing with two different fires in the Eastern Bay of Plenty. File photo.

Two fires burning in the Eastern Bay of Plenty are keeping emergency services busy this afternoon.

There is a large scrub fire on Rankin Road, Kutarere, and a tyre and scrub fire in Kawerau.

Fire and Emergency New Zealand northern communications manager Dallas Ramsay says the fire in Kutarere is around two acres in size and is burning towards pine trees.

There are three appliances in attendance with two on route and ground crews have requested helicopter assistance, she says.

The fire in Kawerau is on Kawerau Road West opposite Tui Glenn Farm and is around 50m by 30m, says Dallas.

NZTA says SH34 is closed from Valley Road to SH30 in both directions as a result of the fire.

“There is one appliance in attendance and a further two trucks and a tanker responding.”

Scrub, trees and tyres are on fire and police assistance has been requested as traffic control, she says.

Reports of a fire close to #SH34 just west of Kawerau. Please follow directions of emergency services. Traffic delays in the area are likely. Road closure is possible. ^TP pic.twitter.com/QyBGfpgcSG