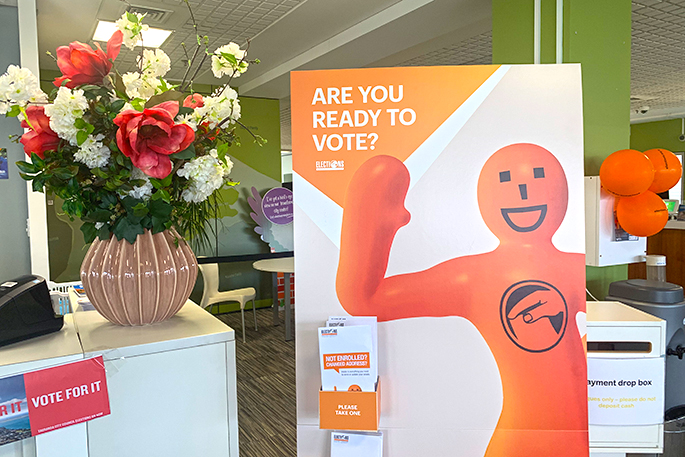 Campaigners wanting to lower the voting age to 16 have failed to convince the High Court the current law is unjustified age discrimination.

The youth-led campaign, Make it 16, asked the court to rule that restricting voting to those aged 18 and over is inconsistent with the Bill of Rights Act.

But in a judgement released on Wednesday, the court says the current law is a justified limit on the right to be free from discrimination on the basis of age.

The court says there are other laws which also make a distinction between those over and under the age of 18.

It also notes that the arguments for and against lowering the voting age are complex and wide-ranging policy work needs to be done before there are changes.

Good bit Googling. IQ tests are not flawless but they are widely accepted as a measure of intelligence - a range of cognitive skills and abilities including reasoning, problem solving, critical thinking, creativity, self awareness, planning, logic. All the stuff that people running a country should have so it makes perfect sense that not only do candidates take a test so we can see their abilities, but the public do and their votes are weighted accordingly. You may want a country run by dim, voted in by dim, but it’s not working very well. If only we had Churchill. There was a man of very high intellect. I’ve just been to vote and the Party list is hilarious. So too the candidate list. Dimwits. My life is not ruined. I’m sat here with a very nice Cab Sav and laughing. ;-)

You are correct that it will never happen; it would not be practical to IQ test the entire population and the tests are arguable anyway. (There are many kinds of intelligence and psychologists don’t agree on what they are...) I do not pretend that Democracy is a perfect system but I agree with Churchill that it is better than all the other forms that have been tried. As for the Dimwits ruining your life; a smart person would point out stupidity and try to stop it. (I think you do a fair amount of that... :-))

I am serious, though I’m still with it enough to know it will never happen :-( You haven’t read it properly - the “less smart” would be represented. Their vote would count, just not as much as intelligent people. That assumes financial contribution is on a par, but it never is. There are plenty of dimwits who contribute plenty. Likewise, plenty of “intellectuals” who contribute less so. That’s why the vote would be weighted based on those two criteria. You’re not seriously saying you think democracy, as it stands, works? Or that it represents ‘everybody’ any more than my system? No way. It’s a joke and the dim are dragging us all down. We need some bright and successful people running the show. We just get dross as candidates and weirdo parties, and inevitably they get support from the dim. Then they get to Kingmakers. Daft system.

Taxation without representation was how we lost America... (Mind you, given the state it is in at the moment, I shouldn’t think anyone wants it back...) It is simple and straightforward: People who can’t vote should NOT pay tax. They deserve a "fair go"; it’s the Kiwi Way.

I thought you lost your marbles when I read your first post, then you confirmed it later... :-) I don’t believe you are serious, but it is still worth thinking about. The problem is that Democracy has to represent all of society and that includes the less smart. Personally, I wouldn’t want to live in a society dominated by intellectual snobbery and superiority even if they made me King... :-) The real answer is better Education and teaching people to think about important issues. You are right that there are a lot of "sheep" who follow the platitudes, but that is still better than the alternative.

That is a very fair point and I wouldn’t be against letting youngsters have tax free earnings until they are 18. And some of them are very intelligent too so their vote would get a reasonable weighting under my system. Obviously not that high because they won’t have contributed anything at that stage in life. Life is about small steps, developing and growing steadily. I think part of the problem in the world is everybody demands everything NOW. No patience. No respect for those who have been around the block. No respect for those who have already contributed heaps and made it a better place for these youngsters to grow up in. I grew up in England with no heating and an outside toilet. I was shovelling coal and cleaning chimneys at 12. When I was allowed to play all I had was a few marbles. Lost em tho.

A fine result. Now we should raise the age for purchasing/consuming alcohol.

I’m well over 16 :-) This ruling is unfair and it’s a pity the court in their next breath, didn’t turn around and say that paying tax at the age of 16 was unfair when those people don’t have any say in how their money is spent. If 16 is too young to vote then 16 should also be too young to pay tax on earnings. Let 16 and 17 year olds earn money without any tax liability if you aren’t going to reduce the voting age!!

I am making a high court bid to get votes given a weighting based on intelligence and financial contribution. Every 3 years you take an IQ test and IRD provide a report on what you put in/take out of the coffers. Your vote is weighted accordingly. Likewise candidates for Government and Councils have to do both, which is published, and the bar needs to be high. Just look at TCC and the clowns in charge. Any dumb crook can stand and make up a slogan like “more democracy, less bureaucracy” and they get in because some other dumb people fall for it and vote for them. The dumb have too much of a say, and they don’t contribute enough, they take. Why should dumb people get an equal say? Let alone get in positions of power. It’s madness and we are getting dragged down.