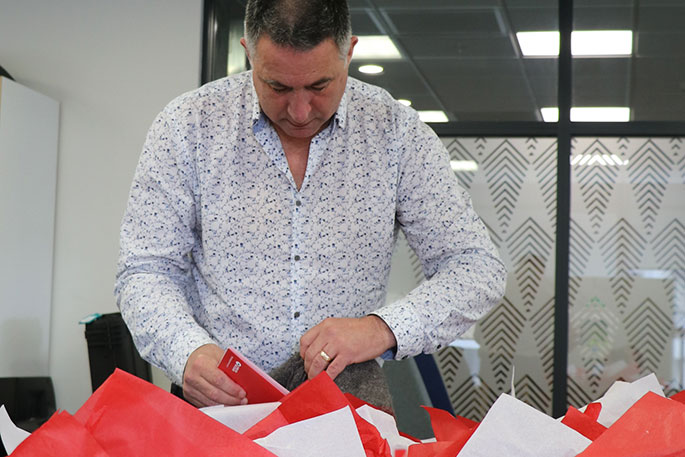 Veterans’ Affairs project advisor Brett Te Wheoro packs the gift boxes for veterans who were meant to attend the 75th anniversary commemoration of the end of the Second World War in Wellington in August. Supplied photos.

Veterans who were meant to attend the cancelled National Commemoration to mark the 75th Anniversary of the End of the Second World War will still receive mementoes for the event.

Staff at Veterans’ Affairs have been busy packing gift boxes for the 23 veterans, who had been selected for the official veteran delegation for the August event at Pukeahu National War Memorial in Wellington.

However, three days beforehand it was cancelled because of the increase in COVID-19 alert levels.

Veterans’ Affairs project manager Elaine Myers-Davies wanted to make sure the delegation still received the special commemoration items that had been gathered for them.

“Veterans are at the heart of what we do. We sourced these items especially to present to the official veteran delegates at the commemoration as a small thank you for their service.

“Though the event cancellation was crushing, we wanted to make sure that the veterans received their special items. This way, they know that their service and sacrifice continue to be honoured."

Project advisor and former Regular Force Warrant Officer Brett Te Wheoro says that packing and sending the gift boxes was the least he could do to say thank you to the veterans.

“These ladies and gentlemen did their bit for New Zealand, the least we can do at Veterans’ Affairs is show how much we care about what they did for us.”

The gift boxes posted to the veteran delegates included a replica military wool blanket, a Veteran Lapel Pin and Certificate of Appreciation, and the official commemoration booklet. 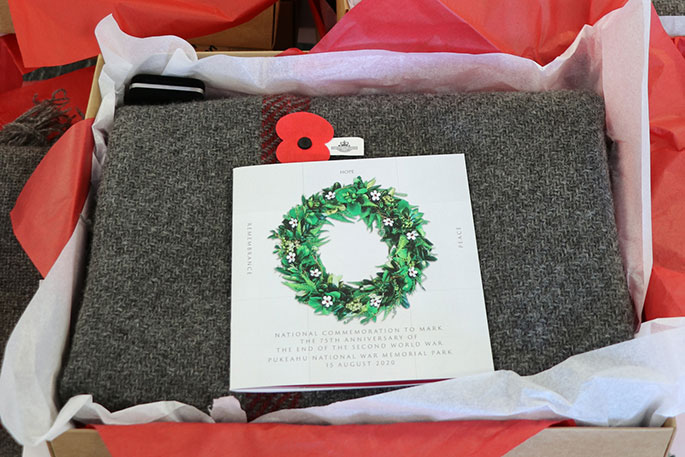