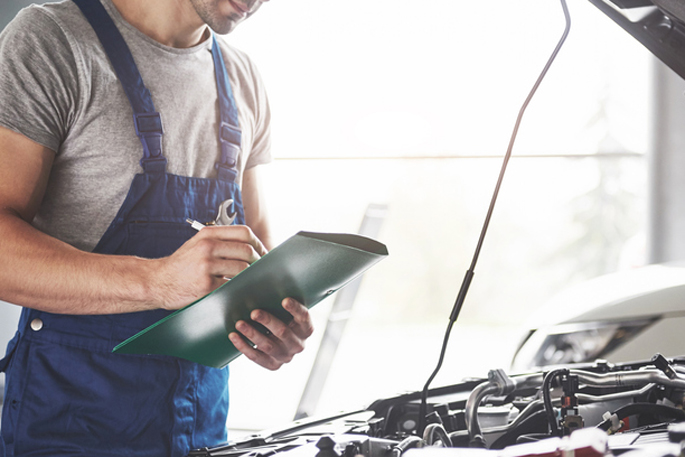 The motor industry has grave fears that a COVID-19 amnesty on vehicle warrants could lead to more people dying in crashes in unsafe vehicles.

Drivers were given a six-month grace period to renew their warrants of fitness (WoF), vehicle licences (regos) and driver licences which ends on Sunday.

Figures from the Motor Trade Association (MTA) shows there are about 430,000 un-warranted vehicles on the road after a blanket extension was granted to drivers because of the pandemic.

That's on top of the 500,000 vehicles due to get their WoF this month anyway.

Wellington mechanic Marty Harrison at Car Therapy says the cars coming in recently are in a worse condition than normal, but these could be just the tip of the iceberg.

"And depending how far they've driven, could have done [kilometres] and be a ticking time bomb ... and take out someone else."

Graeme Swan from the MTA says it is a scary situation.

"It's gravely concerning especially when we've been through winter, we've got summer holidays coming up that we've got vehicles out there that potentially 18 months to two years since we've been inspected.

"And it's a real worry your tyres wear out in that time, breaks wear out, suspension wears out, lights - out of adjustment or blown - so a huge concern for the industry."

Graeme says he is deeply worried that there could be an increase in fatal crashes where vehicle faults are a factor because of the amnesty.

"There's a very real chance that a vehicle could be involved in a serious or fatal crash now that hasn't been inspected for some time.

"We've seen an increase in the number of vehicle faults in fatal crashes. And you'd have to say if a vehicle hasn't been inspected for a couple of years chances are [this number] could go up."

He was happy to take advantage of the extension and is not surprised lots of others are doing the same.

"People put it off as long as they can, warrants cost money, work costs money."

MTA is warning of "huge" wait times - possibly many weeks - once people realise the grace period is over.

Derek says he is ticked off about how long it is going to take for his bike to get certified.

"I have a motorbike, it needs a warrant, but it's six weeks before I can get it in to get a warrant - so that is annoying."

Graeme says the government has not done enough to push the public to get warranted ahead of the deadline.

He says the six-month grace period was too long in the first place - something the industry has been telling the government since April.

"As soon as we were back on deck, pretty much in a business as usual situation where people were allowed to drive the vehicles, I think they should have switched warrant of fitnesses back on at that time.

"I think locking it up for six months, all it did was just push everything into a bottleneck - I mean six months of warrant of fitnesses, it's half the fleet for the year could potentially turn up on the one day."

And the free ride for drivers is over from Sunday as councils and the police - at their discretion - go back to pinging people whose warrants, regos or licences expired more than 28 days ago.

You could walk around Tauranga even before that amnesty and see lots of vehicles with out of date regos and WoF’s. We are not talking about days or weeks but years yet nothing is done about it.WHY???

It should be fined, end of story. Those without are breaking the law so where is the discretion in breaking the law? No WOF means no insurance, why should we that abuse by the law have to pay the price of their consequences. Discretion? Really? He broke the law but that’s ok? Really?