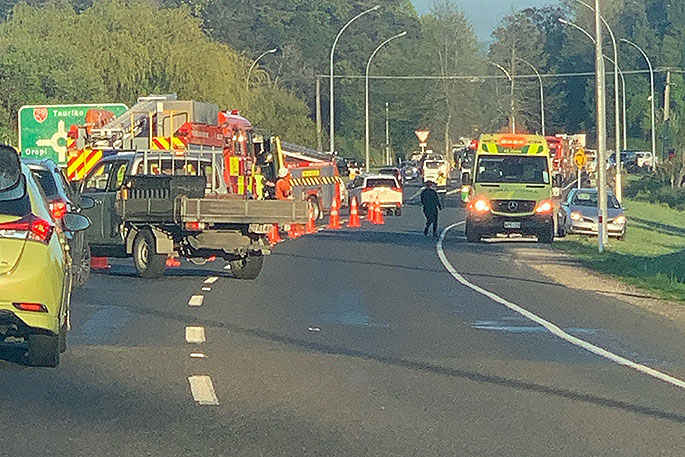 Emergency services at the scene of the crash. Supplied photo.

A motorbike and car have crashed on State Highway 29a.

A caller to the 0800 SUNLIVE news hotline says the crash is on the highway between Oropi and Poike.

"It looks like both lanes are blocked and traffic is backing up." 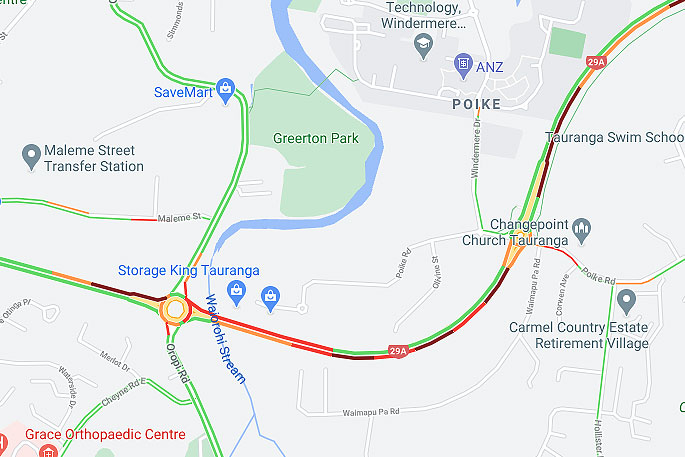 Traffic is delayed on SH29a, between Poike and Oropi. Image: Google Maps.

A police spokesperson says police were notified at 7.10am of a two vehicle collision on SH29A.

Emergency services are working to clear the crash scene. 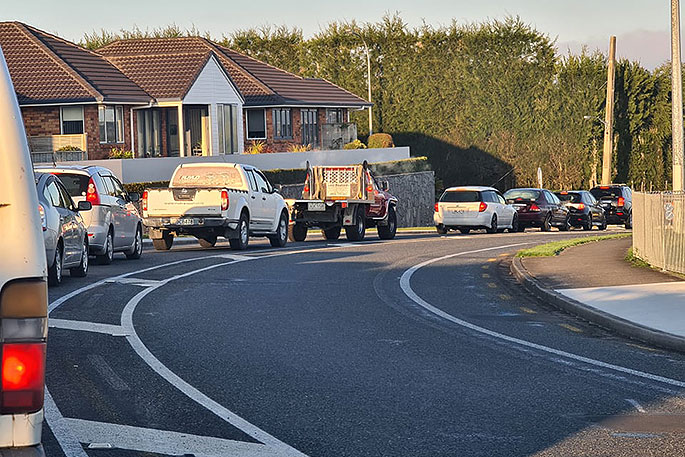 Traffic is stalled on SH29a in the westbound lane right back to Welcome Bay. Supplied photo.

Too early to poke blame. The motorcyclist may not be the injured party and may not have caused the crash. Somebody is hurt though.

respect the road and other users

not surprised the way some of the riders weave in and out of traffic without respect for the road and other road users,see it onSH2 all the time