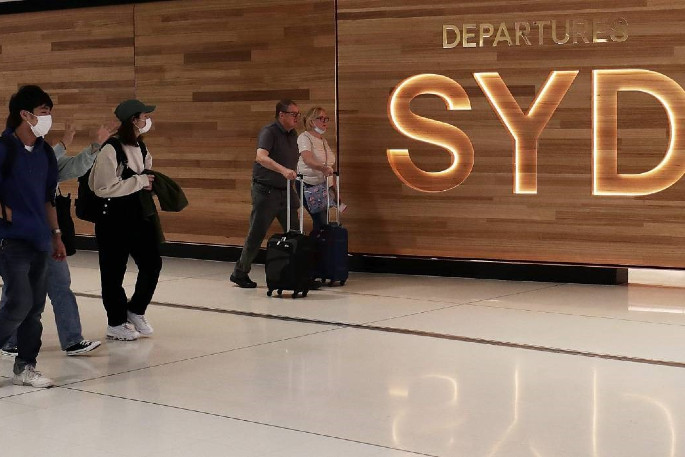 Travel to New South Wales and the Northern Territory will begin during October.

New Zealanders will soon be able to travel to parts of Australia quarantine-free.

Australia’s deputy Prime Minister Michael McCormack made the announcement on Friday, explaining that travel to New South Wales and the Northern Territory will begin from October 16.

The trans-Tasman bubble is only one way for the time being as New Zealand’s borders remain closed and mandatory quarantine arrangements on arrival are still in place.

Following the announcement that a shared rubbish bin in a managed isolation facility spread the virus, public health experts are urging the Government to rethink procedures in place at these facilities.

The Ministry of Health found a bin in the facility is a key player in the chain of transmission for cases who tested positive after leaving managed isolation in Christchurch.

The discovery is a reminder that the virus can survive and be transmitted via surfaces. Experts are encouraging everyone to continue practising good hand hygiene to mitigate the risks.

There were no new Covid-19 cases to report on Friday and a week has passed with no reported community transmission.

The global Covid-19 death toll has climbed to 1.02 million, according to Johns Hopkins University, with the majority of deaths reported in the United States, Brazil and India.

The US is also at the top of the list for the most reported cases - 7.29 million of the 34.4 million reported globally. US President Donald Trump and First Lady Melania Trump are among those infected.

The world leader returned a positive test on Friday after one of his closest aides tested positive. Trump, who spent most of the year downplaying the threat of the virus, is reportedly experiencing mild symptoms in isolation.

He will continue to carry out his duties throughout his recovery, however, his diagnosis has thrown the US election into chaos. Trump’s opponent Joe Biden, who has since tested negative, wished the president a swift recovery.

India, Brazil and Russia have all reported millions of cases - 6.3 million, 4.8 million and 1.18 million, respectively.

The Ministry of Health has published a list of 15 locations visited from September 11-20 by a family of three who later tested positive for Covid-19.

The extensive spread of the close contacts around the country has prompted the establishment of new community testing centres. Anyone who wants to get tested can find their local testing centres by visiting the Ministry of Health website.

Face masks are not required in level 1 but will still be needed on flights.

Reach out, find support from people who care. Connect with your community or help a neighbour in need.