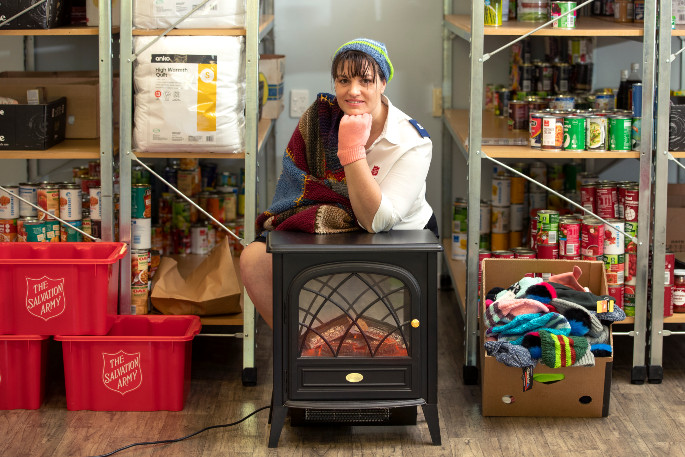 Spring is the air and for some of the most vulnerable members of the community, it means a drop in income.

On October 1 the Winter Energy Payment ended which means incomes are reduced by up to $63.64 each week.

This year the payment was doubled to help with the impact of COVID-19 but social agencies say the impact is lasting beyond winter.

The Ministry of Social Development automatically makes the payment to anyone on a pension or other benefit.

Tauranga Community Foodbank manager Nicki Goodwin says the payment ending always has an effect on people but this year the need for their services is much greater.

“When people are on such a tight budget that there’s nothing extra, winter energy payments are often used for food and that's the reality of it.

“People still have their big power bills and it's not their fault the bills have come up and they've had that money and they've used it for other things.”

Nicki says they help out those people with food parcels and when they come to the foodbank they are connected with budgeting and other support services as well.

In 2020, the number of food parcels given out has increased by 25 per cent, Nicki says.

They are giving out about 150 parcels a week and have recently increased the size of them so they last longer.

Nicki wants to reassure people that just because the foodbank is busy they are always there to help anyone that needs it.

Salvation Army Tauranga community ministries manager Davina Plummer says the winter energy payment is appreciated by families and losing it is going to have an impact.

“It is there for the purpose of those extra winter costs and some of those are alleviated, but for those who are in financial hardship any time you're losing money it is a challenge."

Davina says the majority of people they help use the payment for winter costs and are budgeting well but there are other financial pressures.

“They're doing their best to budget on the key things they need for life. It starts with petrol and food and utilities and there's not much leftover. We know that dentists and hairdressers are luxuries in 2020.

“This year has been a real curve ball for everybody.”

Davina says the need for their services has been greater this year and they have seen increased diversity with the people they’re helping.

“So we're just watching with interest with who needs our support going forward.”

Some of the services they offer are social support including advice, advocacy and emergency food, clothing, and furniture as well as financial mentoring, counselling and parenting courses.

Driving to a new location can mean higher petrol costs and the challenge of learning new things can increase stress, says Davina.

She encourages anyone that needs support to reach out.

... is I found it very helpful with the spike in power bills over the Winter, and I’m grateful for it. Thanks very much.