Larry on cannabis – yes or no? 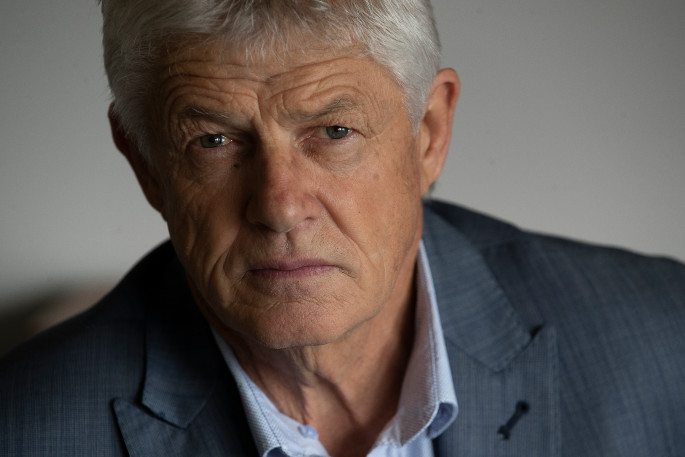 In this year’s General Election, as well as voting for future leaders, we can also vote in a referendum on whether the recreational use of cannabis should become legal.

The Weekend Sun asked Tauranga City Councillor Larry Baldock, who himself was once a regular dope smoker, whether he was voting ‘yes’ or ‘no’.

“There are many reasons why I will vote ‘no’ in the upcoming referendum,” says Larry.

Larry recounts being raised by his solo mum in Gate Pa, alongside five siblings.

“In the spring of 1969 after I had just turned 15, a friend asked me if I wanted to try something exciting called LSD. I had not taken any drugs before, or even been anywhere near drunk, but this sounded like it might be fun.

Larry spent the following six years smoking marijuana a lot and taking LSD every now and then.

“I was lucky as a teenager to have escaped some of the deadly consequences of drug use in the wild experimental times of the late 60s and early 70s. Some of my friends did not.”

Larry says most rational thinking people know that LSD, methamphetamine, cocaine and heroin are dangerous, but says marijuana is often portrayed as harmless.

“Nothing could be further from the truth. Marijuana changed my personality, altered my motivations in life, and distorted my perception of reality and what I should be pursuing as a career.”

Before embarking on a lifestyle of smoking dope he found he was in the top academic classes at Tauranga Boys’ College. He says taking up smoking marijuana caused him to drop well down to the lower achieving sixth form classes.

“By the time I celebrated my twenty-first birthday party in 1975, my only goal in life was to be stoned doing everything, and travel the hippy trail through Asia and India on my OE to England and Europe.”

He says that the THC - the psychotic chemical in cannabis - in the dope he smoked was about two per cent.

“If the referendum passes, the Government intends to set the limit on THC content at 15 per cent. That’s seven times more potent and will affect young developing brains far greater than it did in those fun days of Woodstock.

“On a webcast recently, I heard a so-called expert say that it was important to vote ‘Yes’ because it would result in cheaper access to cannabis and a wider range of products! Seriously is that what it is all about?”

Larry emphasizes that decriminalisation of cannabis is very different from legalisation.

“Many arguments used for decriminalisation do have points worth considering. We don’t want to penalise our youth unnecessarily for their recreational use of cannabis that could leave them with criminal records or being drawn into criminal associations.

“Smoking a joint cannot be more morally wrong than drinking too much alcohol surely.”

He doesn’t think much police time or resources are spent chasing after dope smokers “but there will always be some caught in the net as they pursue the real criminals”.

He’s scathing of businesses that seek to fill their coffers while being uncaring about the harm caused.

“Legalising an industry to produce and market THC is not what our country needs.  Setting an age limit of 20 doesn’t protect our young. Just look at what has happened with alcohol when the age was lowered with 14 to 16-year-olds getting wasted with binge drinking.

“And what we learnt from the tobacco industry is that some businesses will always seek to increase their customers despite the damage.

“They lie about the harm and cover the truth for profits for as long as they can. Like tobacco, marijuana is not harmless and should not be sold over the counter, regardless of how many warnings appear on the packet, and how many regulations are legislated to try and make it safe. If it was simple, the proposed bill would not be 150 pages long. We struggle to close the door on tobacco, and recognise the harm from alcohol sales, why would we open wide another door that can potentially increase harm and cause untold damage, especially on our youth?”

Larry believes that experiments with vaping to help those smoking has led to an increased problem with youth getting addicted to nicotine now requiring further legislation to control.

“Medicinal use and decriminalisation versus legalisation has been a stupid debate for too long given that we have been using opioids like morphine and other chemicals from all sorts of plants and animals for a long time to improve health outcomes.

“In April this year medical marijuana use became legal in NZ, so we may now see all the possible benefits of some of the chemicals in cannabis developed.

“In answer to a question about whether legalisation could lead to more cannabis use, an ‘expert’ claimed that in fact marijuana use was dropping amongst those under 25,” says Larry. “Then in the same breath she raised the old arguments about the evils of alcohol prohibition in America, and the failure of the war on drugs, yet it seems that something may be working here with our current approach.”

On solving addictions to drugs and tobacco and alcohol use, Larry believes there is no ‘silver bullet’.

“We use drugs for pain relief, and believe me I know from recent personal experience from a broken leg they are very effective with physical pain but when we use them for emotional, psychological and trauma pain, it is much more difficult, and their use has more damaging side effects.

“Those of us like me who are prone to be ignored with the ‘ok Boomer’ comment are not stupid, out of touch with reality, or just plain old fashioned,” says Larry. “Some of us may know more about drugs and other current issues than the young think and when we say ‘NO’ sometimes we have good reasons for doing so.

“I am encouraged that there are a growing number of people it seems across New Zealand from all ages, that are wisely making their minds up to say ‘NO’ on this referendum because they can see through the shallow and conflicting arguments for saying ‘yes’ that has the potential to inflict more harm than good on our burdened society and social agencies in the 21st Century.”

Larry is an absolute expert on dope from way back just as he says. Listen to him