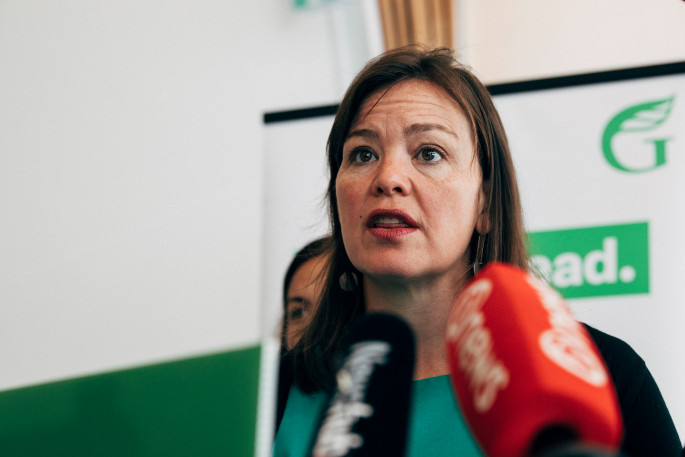 The Green Party have announced a bold plan to connect Tauranga to Auckland and Hamilton while ensuring NZ transport tackles climate change.

“The Green Party is making sure that places like Tauranga are connected to the bigger cities, making it possible for more people to find affordable housing while still being able to easily connect with work, business, friends, and families in the cities,” says Green Party Transport spokesperson Julie Anne Genter.

The Green Party intends to transform how New Zealanders get around to address the climate crisis, with a comprehensive climate-focused transport package.

The plan is designed to ensure that New Zealanders are better equipped to get around their towns and cities on buses, trains, and bikes, whilst moving to hybrid and electric vehicles.

“Our regions will play a crucial role in our recovery from COVID-19, but our regional transport infrastructure has been neglected for too long,” says Genter.

“Fast, inter-city rail will help reboot urban and regional economies while decarbonising some of our busiest transport routes.

The Green Party say their plan would sustainably reboot regional economies with a large scale investment in rapid, intercity passenger rail, connecting provincial centres with major cities. They would also invest in urban development by accelerating transformational rapid transit networks in our major cities, including busways, light rail, and rail.

As well as this, the plan would provide for safe, separated school and commuter cycling routes with the capacity to be used by thousands of people each day, with a $1.5 billion Cycle Super Highway fund.

All new imported light vehicles would be required to have zero emissions by 2030, and the Green Party would set standards and incentivise heavy freight to transition to zero emissions vehicles and be 100 per cent powered by renewable energy by 2050.

Public transport would be made free for people under 18 or over 65, and half-price for students, with a nationwide Go Anywhere transport pass.

“The plan would also support domestic tourism in Tauranga, by providing an easy way for people to get to and from there from Auckland and Hamilton,” says Genter.

“Our Future of Transport plan will create thousands of jobs, while moving us towards a low-carbon future. It’s a win for the regions, and a win for climate action.”

“As we recover from COVID-19, we have a once-in-a generation opportunity to rebuild our communities in a way which tackles the climate crisis and makes our communities
healthier in the long-term,” says Green Party Co-leader and Climate Change spokesperson James Shaw.

“Decades of under-investment in rail and public transport has led to an over-reliance on cars to get around. It’s worsening the climate crisis, and it has made getting around our cities, and between them, expensive and difficult.

“We are running out of time to address the climate crisis. Our announcement goes a long way to ensuring in New Zealand we do our bit to keep our planet stable,” says Shaw.

“The Green Party’s Future of Transport plan will power the post-COVID-19 recovery while ensuring we drive down our transport emissions.

“We will connect our major cities through a major new investment in inter-city passenger rail. This new network will transform how people move throughout our country, making getting out to the regions faster, easier, and better for the planet,” says Shaw.

“Rail will carry thousands of people a day from Auckland to Hamilton, from Wellington to Masterton and Palmerston North, and from Christchurch to Rangiora and Ashburton, eventually including Dunedin and Timaru.

“Once built, this new intercity rail network will slash the emissions caused by the status- quo of only being able to commute by car, as well as create thousands of jobs building
the network. It is exactly the kind of smart investment we should be making in the wake of the COVID-19 crisis,” says Shaw.

“On top of this, we will invest $6.5 billion over the next decade in rapid transit networks in Auckland, Wellington, and Christchurch. People living in our larger cities should be able to easily and affordably jump on a bus or train to work, school, or the airport.”

Shaw says that this “includes pushing ahead with a much-needed rail crossing to Auckland’s North Shore, which we’ve now seen is desperately overdue.

“Our new nationwide Go Anywhere transport pass will further reduce barriers to using public transport, making it free for under 18s and over 65s, and cheaper for students and apprentices, regardless of where in the country they are.

“We also know we must make cycling a safe and viable option. The Green Party will create a $1.5b Cycle Super Highway fund, to create safe, separated school and commuter cycling routes across the country,” says Shaw.

“New Zealanders have shown us that if we make cycling an attractive option, they will do it. Once built, these cycleways could take thousands more cars off the road, while also improving the health of our communities.

“We will introduce a target date linked to the date set by the UK, likely to be 2030, at which point only zero emission light vehicles (cars, vans, and utes) would be able to be imported into Aotearoa. This will further help us reduce our emissions to levels which help ensure future generations have a liveable planet.

“We chose this date because we don’t want New Zealand to become a dumping ground for other countries’ dirty discards.

“With our Future of Transport Plan, we will provide meaningful work whilst driving Aotearoa towards a sustainable, green, zero-carbon future.”

Details of the plan include:

2. Invest in urban development by accelerating transformational rapid transit networks in our major cities, including busways, light rail, and rail.

@PC Not I wouldn’t trust any of them unfortunately. Businesses and govt have been caught employing statisticians and scientists to produce evidence in support of their own agenda far too often.

... I seem to recall we DID have "fast inter-city rail" and it was found to be non-viable. Having taken the rail car to Auckland a few times I can say it was comfortable and not overly expensive. But it couldn’t pay for itself. 1.5 billion for cycle tracks seems a bit excessive to me, also. I guess if attitudes change and the climate changes they may have a point but meanwhile, I won’t be voting Green. (And that doesn’t mean I don’t care about the Environment, before you start...)

....the Green party can make a great deal of difference outside of parliament can they?

The Greens whole ethos needs to be looked at because if you follow the scientific journals that are coming out these days with the CMIP6 data then you will see that carbon dioxide has been overdramatised. The new scientific data shows that we are in for a very cold future period and most of our climate is driven by the sun so like I said if you want to get with reality then you need to look at yourselves # Greens

When has a rail system been profitable.no budget has been shown.I like to know how many time she has used a train in the last two weeks.Its fair enough to dream of a rail system to push your case,but a better feeder system to to rail station is required.

All sounds terrific. Of course, here in the real world, it’s all totally unattainable unless you tax the hell out of people and get China in to build it all. Which is what they would do.

Do the greens also have a plan to go into the future - to find this new zero emission power source and bring it back here so we can all use it. As current technology doesn’t make their BOLD PLAN feasible