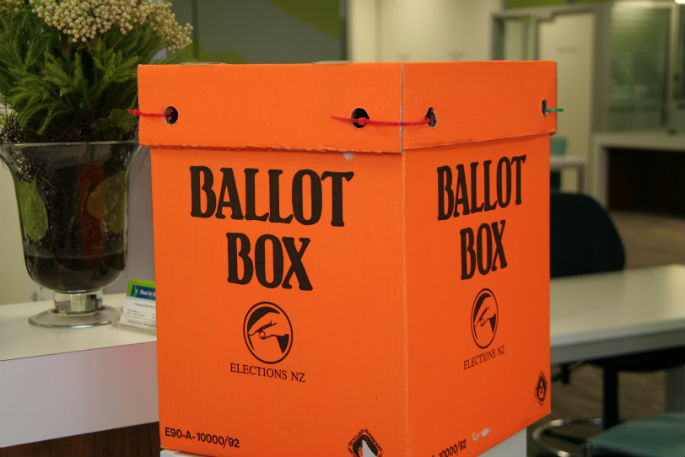 Voters will head to the polls on Saturday when nearly 450 advance voting places open their doors for this year’s election and referendums.

Chief Electoral Officer Alicia Wright says the popularity of advance voting has been rising steadily – accounting for 47 per cent of all votes in 2017 – and could reach as much as 60 per cent this time round.

“We’ve responded by opening more advance voting places in the fortnight leading up to election day. On Saturday 10 October, for example, we’ll have about 1,350 voting places open. On election day itself, the number reaches about 2,600.

“We have voting places in an enormous range of locations, from schools and church halls to mosques, marae, universities, clubrooms and libraries. There’s even a camping ground and adventure bike park. And in remote parts of electorates such as East Coast, Northland and West Coast-Tasman, we’ll have pop-ups in retail spaces.

“Voting places can be found as far north as Te Hapua School near Cape Reinga to the Stewart Island Community Centre in the far south.

“Our message is to vote early and vote local because it’s more convenient and minimises election day queues, which lessens the risk of COVID-19.

“We’ll still be running the election as though the country were at Alert Level 2, so there will be physical distancing, use of hand sanitiser, voluntary contact tracing, single-use pens to mark voting papers, and PPE on hand for staff in case it’s needed.”

She says about 400,000 eligible voters have yet to enrol, and they can do so – and vote – at any time up to and including election day.

Most people enrolled by September 13 should have already received their EasyVote card, which makes voting faster. Anyone who has not received a card can still vote, but it will simply take a little longer.

Arrangements are in place for people in hospitals, rest homes, remand centres, prisons, managed isolation or quarantine facilities and overseas to cast their vote. Postal voting and takeaway voting are available to those unable to get to a voting place.

For voting times and locations, go to vote.nz or call 0800 36 76 56.  Check your local newspaper for a list of voting places and look out for brochures and posters with regional lists of voting places on display throughout the community.

A list of all voting places can be found at https://vote.nz/voting/ways-you-can-vote/find-a-voting-place-from-a-list/