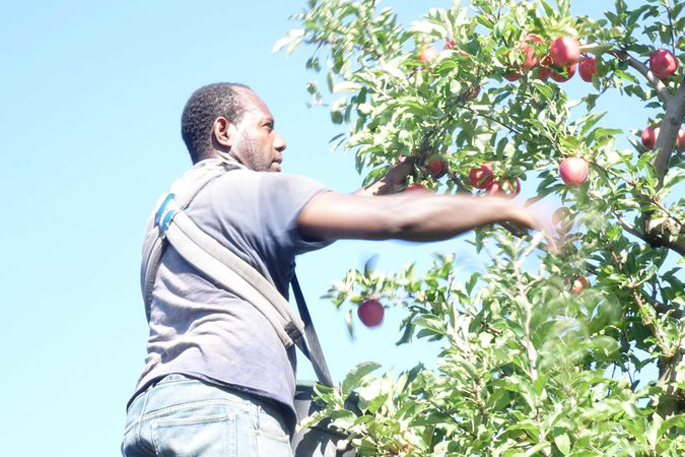 With closed borders and no backpackers or casual labour coming in, the fruit picking industry desperately needs more workers than ever before.

Horticulture is a $10b industry and is one that will continue to grow despite COVID-19.

But the lack of workers has been something that has plagued the sector for years, even before the pandemic.

"A number of cohorts that we've engaged with have expressed concern about [worker exploitation], and we express the same concern. Any employer I talk to finds it unacceptable as well," he says.

Richard says recent news that 11,000 people on expiring working holiday visas will be allowed to stay in the country to work for the horticulture industry is great.

But not all of them will automatically take up the offer and it's hard to get a sense of the numbers.

Central Otago alone needs about 5000 workers at the peak of the harvest to pick summer fruit like cherries.

"In the summer fruits sector, we're about 20 percent Kiwis and a bit under 20 percent RSE workers so the remainder [60 percent] is typically backpackers, working holiday visas and other seasonal workers," says Richard.

He talks about what the industry is doing to find other workers.

RNZ also spoke to Bruce MacDonald, a professor of robotics at the University of Auckland.

He broke down where exactly the technology is currently at and explains why its use isn't widespread just yet.

"All the robotics news internationally is talking about...that COVID is speeding up robots and automation,” he says.

“I think companies see that they can't put people together in factories or in orchards too much," he says.

Loads of people sat about doing nothing.