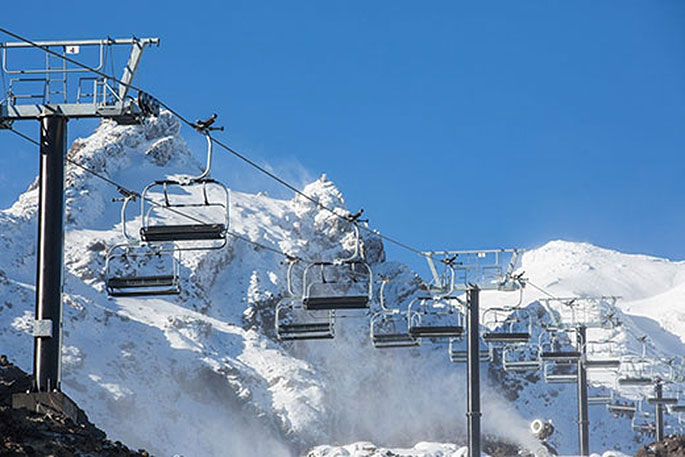 After a period of “unpredictable” spring weather, Mt Ruapehu is set to get a solid snow top up - just in time for the second week of school holidays.

Wind and rain hit the mountain over the last few days washing away some of the snow base, but Ruapehu Alpine Lifts CEO Jono Dean says the second week of the school holidays should be good.

RAL CEO Jono Dean says they are predicting a 10-15 cm top up of snow.

“Which is great news for families planning to head to the mountain next week and also good for our planned extended season.”

Jono says as long as snow permits, the season will be also extended until mid-November for both Whakapapa and Turoa.

"We decided that with the ski season being turned on its head by COVID-19 that we would extend the season. We know that it’s been a tough year for Kiwis and we wanted to offer as much time for everyone to enjoy the mountain as we can."

RAL is also reminding the public that car park bookings for the mountain is no longer required.