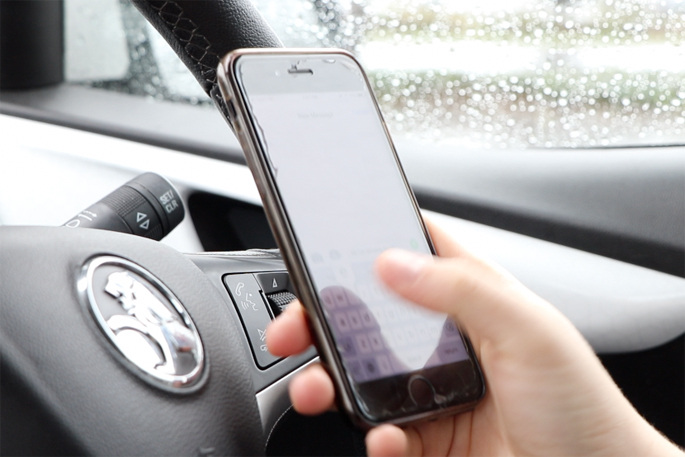 AA wants the next government to target mobile phone use behind the wheel. Image: Daniel Hines/SunLive.

The AA has published its Election Calls, highlighting 12 actions it wants the next government to take to make transport better, safer and cleaner.

“They’re actions that we need the government to prioritise and lead now, regardless of which political parties are in power after the Election.”

The AA’s advocacy is based on regular surveys of its members. The Association’s membership has been growing strongly in recent years and includes over 1 million drivers who are personal AA members. Nearly 700,000 business fleet vehicles are also signed up for AA roadside assistance.

“With our large membership, we naturally receive diverse views when we send out our surveys.”

“Our calls on government reflect areas of strong common ground among our members. Given the size of our membership, we also think it’s also a good reflection of what many Kiwis want.

“We are facing serious challenges with the global pandemic, but we can’t lose focus on other major issues that will affect our future environment and economy.

“Meaningful action on our transport calls will result in fewer deaths and injuries on the roads, less environmental harm from transport, less time wasted in congestion, and more enjoyable travel. All this helps us maintain the lifestyle and choices Kiwis want.”

The AA’s 12 ways the next government can make transport better:

2 More testing and catching of drunk and drugged drivers

3 Lift the standard of regional highways

4 Target cellphone use behind the wheel

7 Get the rapid transit process back on track

8 Boost the benefits of buying an electric vehicle

10 Turn the waste of old tyres around

More detail on each of the AA’s Election Calls can be found at: www.aa.co.nz/electioncalls