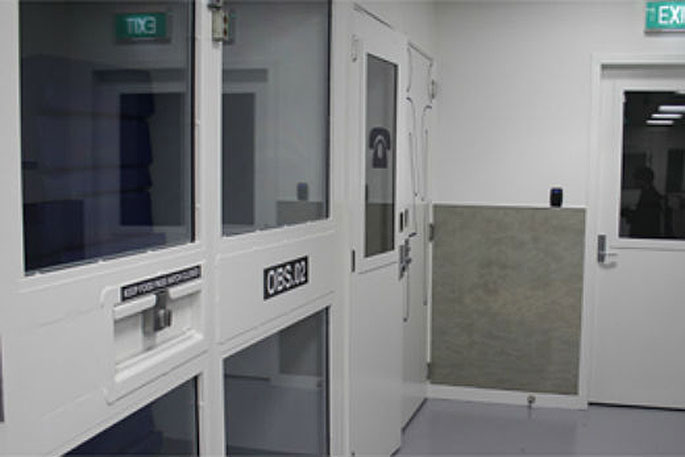 Police have acknowledged and accepted the findings of the IPCA. Photo: Supplied.

Tauranga Police subjected a woman suffering from mental health issues to unnecessary and excessive uses of force while in custody, the Independent Police Conduct Authority has found.

The woman, who was arrested for fighting on June 21 last year, was placed in the back of a patrol car where she struggled with officers.

One officer used excessive force, punching her in the cheek after she attempted to bite him, says an IPCA report released today.

The woman was then placed in a spit hood, which the IPCA says was justifiable in the circumstances.

Upon arriving at the custody unit, police failed to check alerts about the woman in the database and to assess her.

The IPCA says police did not consider her history of self-harming and put an appropriate plan in place to keep her safe.

The woman went on to attempt to strangle herself twice, once with the spit hood and once with a sweatshirt. Following both attempts, a number of officers applied significant physical force to restrain the woman. The woman was then placed in a restraint chair.

Officers should have placed the woman in a tear-resistant gown following her attempt to self-harm and should not have left her sitting in the restraint chair with no trousers on, says the IPCA.

The woman was taken to hospital where she was found to have a fractured wrist, however the Authority was unable to determine exactly what caused this.

Authority Chair, Judge Colin Doherty says this woman was a vulnerable person who was in need of proper care.

“The failure to properly assess her and check Police records, meant she was put at risk by having access to the means to harm herself which itself led to unnecessary uses of force.”

Bay of Plenty District Commander Superintendent Andy McGregor says police acknowledge they should have done more to ensure that the necessary checks and assessment took place when the woman was taken into custody.

“This would have alerted officers to Ms X’s history and ensured an appropriate plan was able to be put in place to keep Ms X safe during her time in police custody, likely removing the need to use force to prevent Ms X from self-harming.

“Police are committed to providing the highest level of care to people in our custody but in this instance we did not meet the standard required,” he says.

“The issues highlighted in the report have been raised with the staff involved and the need to adhere to policies in place has been reinforced.”

He says earlier this year, police commenced a national custody programme to deliver an effective, safe and transparent custodial service that all stakeholders can have trust in.

“The findings from this IPCA report will feed into that ongoing work programme.”

The IPCA public report can be found here: Excessive uses of force while in custody in Tauranga

The biggest cause of Mental Health in NZ. If you’re legalising it because it’s a health issue then surely you should just legalise all drugs?