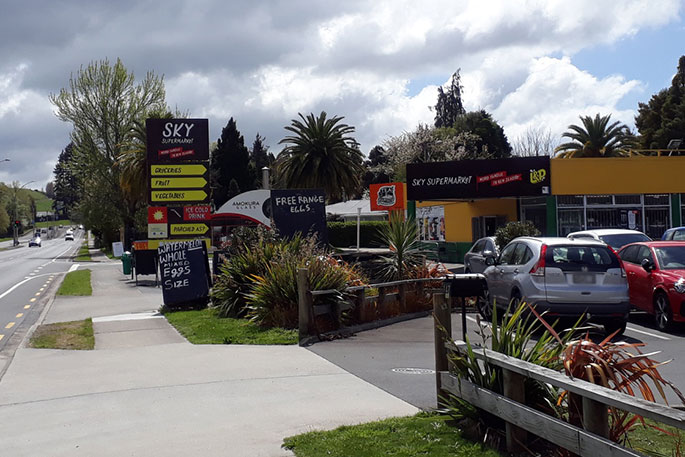 The man was found by police outside the Sky Supermarket. Photo: Matt Martin/Rotorua Now.

A man is in Waikato Hospital after being shot in the leg.

The man, believed to be in his late-40s or early 50s, was shot and found by police outside the Sky Supermarket on Fairy Springs Road in Rotorua about 1am on Sunday.

A police spokesperson says an investigation into the shooting is underway.

They say the man remains in Waikato Hospital in a stable condition.

"Police are following a number of lines of enquiry and have located a vehicle involved in the incident, a forensic examination is ongoing.