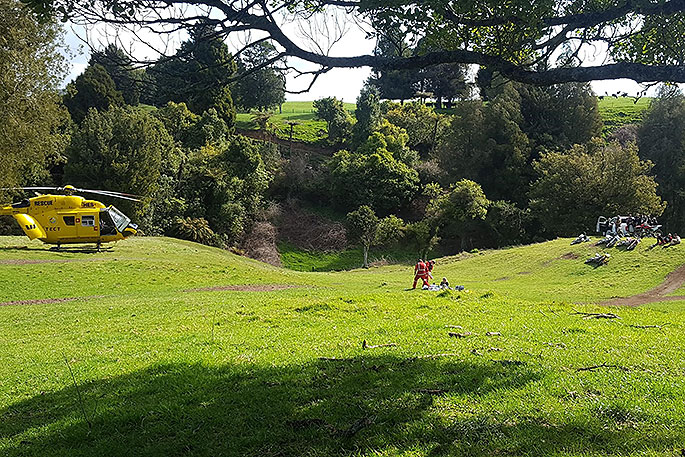 The crew on one of its missions in the weekend. Photo: PRHT.

A trio of accidents kept the Tauranga-based TECT Rescue Helicopter crew busy in the weekend.

The crew was tasked at midnight to attend to a vehicle rollover at Pukehina in the early hours of Saturday morning.

“The TECT Rescue Helicopter airlifted a 23-year-old male to Tauranga Hospital for immediate medical care,” says a spokesperson for the rescue helicopter.

“Later on in the afternoon, the crew were tasked to Matata where a 15-year-old male who had sustained rib and arm injuries on a trail ride.

“Soon after, the crew attended another call out to a 21-year-old male in Te Ranga who had fractured both ankles when he fell off his motorbike.

“The patient was cared for by the onboard Intensive Care Paramedic whilst being flown to Tauranga Hospital for treatment.”