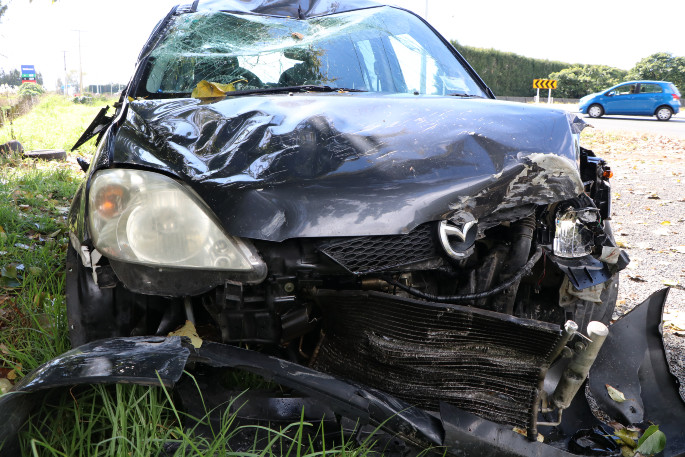 The start of DST – Daylight Saving Time - has been associated with high numbers of road accidents. File photo.

Do you struggle to adjust to Daylight Saving Time - DST? You are not alone.

The biannual routine of changing your clock by one hour can induce yawns - both physical and metaphorical - and negatively impacts on accident rates, according to research from the University of Auckland.

The paper, ‘Accident rates and the impact of daylight saving time transitions’, published in Accident Analysis & Prevention, is the first study to consider multiple accident categories (Road, Work, Falls and Home & Community), in the southern hemisphere.

For each of the four subsequent weekdays, Tuesday to Friday, the rate increased by 6 per cent.

As the Sunday when DST starts is only 23 hours long, the average accident rate is higher by 23 per cent.

Evidence that accident rates for Falls and Home & Community decline prior to the start of DST suggest behavioural adaption from anticipating change.

While Work accidents show limited impact from DST changes, in general they exhibit a significant decline over the course of the week, with Friday 13 per cent lower than Monday.

The increase in road accident rates is likely due to sleep deprivation and/or less ambient light during morning commute times.

The shift of just one hour in the body’s daily wake and sleep cycle can disrupt sleep, resulting in feelings of drowsiness.

Waking late after DST introduction may also lead to rushing to work and/or a lack of alertness.

With data provided by the Accident Compensation Corporation, Professor David Robb from the Faculty of Business and Economics, alongside Thomas Barnes, now working in London, evaluated data from a total of 12.6 million accident claims in New Zealand during 2005-2016, including the days before and after the start of DST.

The study found an increased road accident rate at the start of DST in spring, but no significant effect at the end of DST in autumn.

The research has implications for accident rate prediction, and staffing and resourcing decisions in organisations such as healthcare facilities and emergency services.

Dr Robb believes that in quantifying the impact of DST on accident rates in New Zealand, the work should encourage organisations and individuals to contemplate appropriate preparedness and mitigation measures, and perhaps society to reconsider whether the benefits of DST exceed the costs.

New Zealand enacted DST in 1927, 11 years after the first adoption in several European countries. Today DST is employed in one third of the world’s countries, impacting about 20 per cent of the world’s population. Last year the European parliament voted to scrap DST from 2021.

An interesting potential application relates to travel − as moving to an adjacent easterly (westerly) time zone is equivalent to putting clocks forward (backward) by one hour in Spring (Autumn). This could be a fruitful area of research if policies could exploit any anticipated effects. As the average accident claim cost exceeds NZ$2000, any reductions in accident rates could prove beneficial both socially and financially.

The researchers suggest a need for more studies on work-related accidents following DST. In the meantime, people are urged to prioritise sleep in the days leading up to the start of DST and take extra care, particularly while driving during the first few days after DST begins at 2am on Sunday September 27.

I agree with you 100% about the readiness to find excuses rather than take responsibility. It permeates all our activities, not just DST. But the researchers are not the problem; they simply analyze the statistics. Blaming them is just shooting the messenger. If they DIDN’T analyze the statistics, we wouldn’t know about the general irresponsibility of the population... :-)

....for lack of concentration, the REAL issue...we continually make excuses for poor human behaviour when it is us as individuals under most circumstances who control it....DST has been with us for a long time and suddenly it’s a problem?..researchers, get over yourselves get a life and I sure hope us taxpayers ain’t paying for you...