Bird of the year is ready for take-off 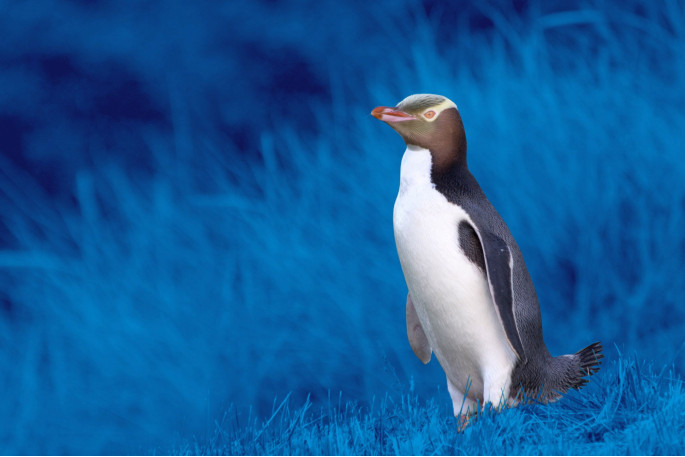 The winner of Bird of the Year 2019 was the hoiho or yellow-eyed penguin with more than 12000 votes, marking the competition's first seabird winner in its 14-year history. Photo: Forest & Bird

New Zealanders are getting ready to campaign and vote for their favourite native birds in the nation's most popular annual bird contest.

Forest & Bird's Bird of the Year 2020 will spread its wings for lift off on November 2 2020. Voting closes two weeks later on November 15, with the winner announced on Monday November 16.

"Bird of the Year was originally planned to end on the weekend of October 17, but we didn't want to overshadow the quite important human election," says Bird of the Year spokesperson, Laura Keown.

"Our incredible native birds deserve to have all the attention, so Forest & Bird decided to move Bird of the Year a couple of weeks after the squawking and flapping of human elections ends."

The same as last year, New Zealanders will be able to vote for up to five of the native birds they love in order of preference. An instant run-off voting system is applied, similar to local election voting, to determine the winner of Bird of the Year.

The winner of Bird of the Year 2019 was revealed after a tight contest between the hoiho and the kākāpō. The hoiho, or yellow-eyed penguin, was proclaimed the victor with more than 12,000 votes - marking the competition's first seabird winner in its 14-year history.

"This is the 15th annual Bird of the Year and we're expecting it to soar to new heights! There were 41,000 votes cast last year, with some possible godwit enthusiasts even causing a flap all the way from Russia," says Laura.

“Once again, people can vote for a whole flock of their favourite birds. But, we're warning that even with five votes to cast, it will still be a tough decision," says Laura.

"Last year the voting system led to some really fun collaboration between birds, with the strategic Penguin Party ultimately taking out the title for New Zealand's special noisy flapper, the hoiho yellow-eyed penguin.

"This year we're already seeing alliances forming, with a few wetland waders like the bittern and fern bird getting an early start on political manoeuvring."

Forest & Bird's Bird of the Year is a light-hearted competition with a serious purpose of spreading awareness about the threats to New Zealand's native birds, three quarters of which are threatened or at risk of extinction.

"Our birds face enormous threats from climate change, introduced predators, and continued habitat loss. We're asking everyone to get to know our incredible native birds by visiting www.birdoftheyear.org.nz," says Laura.

"Once you get to know the amazing songbirds, the international flyers, the stunningly colorful, the raucously noisy, and the uniquely adapted birds that live in Aotearoa, I reckon you'll want to then take action to protect them and the places they live."