Cutting the grass? Cut it out! 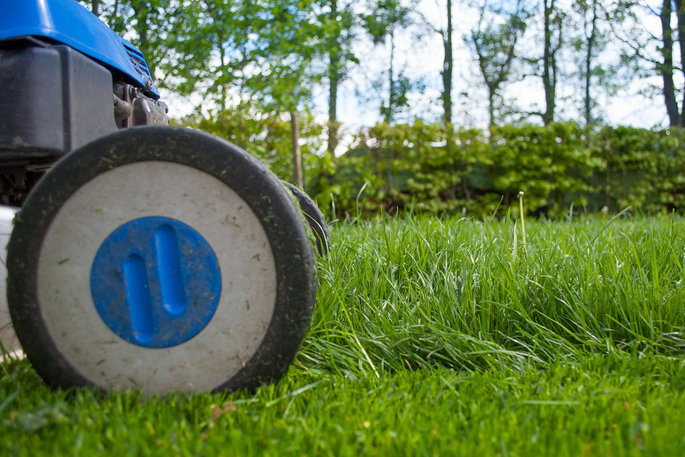 Some ecologists are encouraging people to think more critically about the environmental and financial costs of lawns. File image/SunLive.

We’re heading towards summer, and the warmer weather that goes hand-in-hand with fortnightly lawn mowing for lots of New Zealanders.

But a number of ecologists are encouraging Kiwis to cut down on cutting the grass.

William Ray investigates how a ‘no-mow’ movement might be a win for people, plants, animals - and the climate.

Associate Professor Bruce Burns thinks a lot about lawns. He’s an ecologist at the University of Auckland, specialising in human modified environments.

His interest in lawns was first piqued on a holiday to Europe.

“If you go into those old cities the urban form is very condensed … there’s very little space between houses,” says Bruce.

“It got me wondering: why do we have cities in New Zealand which are more spread out? I realised part of the answer was lawns.”

Olivia Rooke-Devoy is a PhD student at Auckland University who’s been researching lawns alongside Bruce.

She says lawns are a relatively modern invention. They go back to 17th century England and France, where aristocrats had lawns cut by hand using scissors or scythes (the lawnmower wasn’t invented until the 1820s).

“[Having a lawn] was a sign that you had enough money to own useless land,” Olivia explains. “[Growing lawns] was a really exclusive endeavour which only opened up to the suburban class in the early 20th century.”

But a lot of lawn is still just there for the sake of it, and some ecologists are encouraging people to think more critically about the environmental and financial costs of lawns.

The cost of lawns 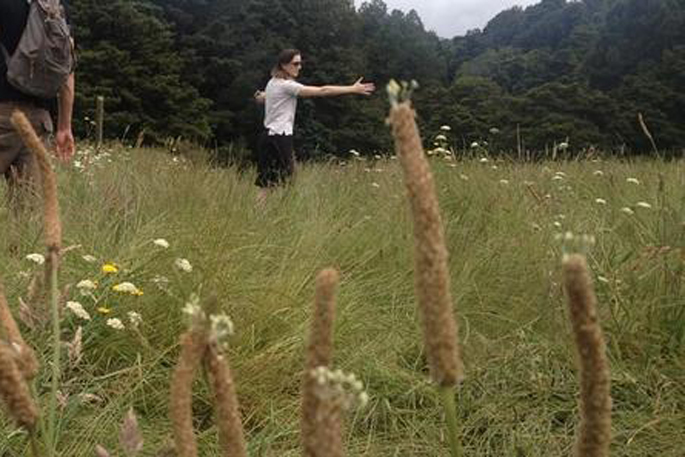 It’s a big number, but Bruce points out that lawns account for 15 to 20 per cent of most urban areas in New Zealand. In Auckland alone, that’s 150 to 200 square kilometres.

Trimming all that lawn with petrol-powered mowers creates a lot of carbon. One study in Australia found that lawn mowing accounted for five per cent of carbon dioxide emissions on a single summer weekend.

But even if you’re using an electric mower, you’re still contributing to air pollution.

“Funnily enough [GLVs] can oxidise and contribute to air pollution. “If you get too much of this cut grass smell around you get compounds which form smog.”

Bruce says smog can be harmful to human health over time, and some of the chemicals also act as greenhouse gasses.

So what’s the alternative? Well, since 2014 the Auckland Botanic Gardens has been running a “meadow trial” - an area of lawn they only mow twice a year.

The park’s curator, Bec Stanley, says the trial is part of the garden’s focus on “sustainable horticulture”. She says a combination of judicious weeding and deliberately reducing soil fertility has created a natural meadow that’s often filled with flowers.

Bec says your average lawn is a meadow waiting to be born.

“There’s heaps of things which grow in lawns. The lawn outside my office for example, I went down one day to count how many things were in that lawn and I got up to about 35 plants before I had to go to a meeting.”

Of course, lawns are mostly grass but there are other plants like forbs, mosses and ferns which will spring up alongside the grasses if they are given a chance.

“Our lawns in Auckland, in particular, are really diverse,” Bec says. “Every lawn will be different and that will be based on whether it’s dry or wet, fertile or infertile, sloped or flat, sunny or in the shade.”

Reducing pollution isn’t the only advantage of meadows. Bruce says studies in the United States have found increased numbers and diversity of invertebrates the longer grass is allowed to grow.

And Bec says that, in turn, is good news for native lizards and birds which eat those bugs.

“One year I went down [to the meadow] and disturbed a flock of fantails. There were at least 20 birds ... That was really delightful to see.”

What will the neighbours think?

There are some good arguments against turning every lawn into a meadow.

Long dry grass is a very significant fire risk, so they aren’t a good option for places which are drought-prone. Especially near houses. 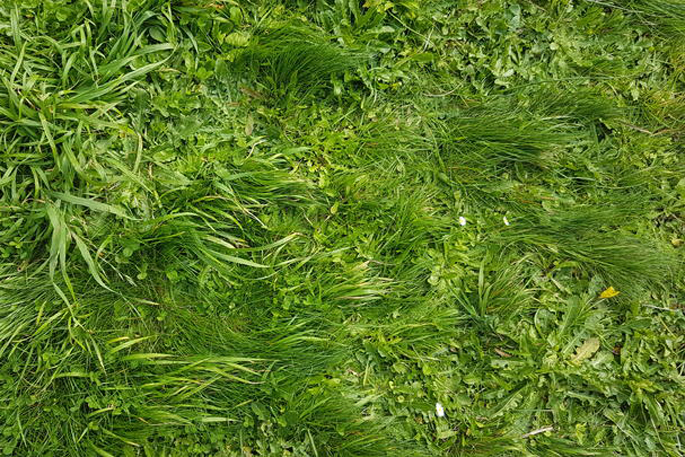 Meadows also make good habitat for rats and mice so it’s important to keep on top of predator trapping.

And, of course, we need to keep lawns short in some areas for recreation. It’s hard to play backyard cricket if the grass is knee high.

But probably the biggest barrier is public opinion.

Olivia Rooke-Devoy’s survey found 80 per cent of Auckland households noticed when their neighbours hadn’t mowed. More than half said that mowing was important for aesthetic reasons, and 12 per cent said they mowed their lawns due to peer pressure.

Olivia has first hand experience of that pressure: she caught her neighbour mowing her own front lawn. Presumably because he thought it had grown a bit too long.

But Bec says there are ways to overcome the opposition towards longer lawns.

“If you want it in your front yard: talk to your neighbour. Let them know what you are doing, let them know that you’re actually thinking about the environment. … You’re not caring less, you’re caring more.”

Bec says another option is visual signals that the garden is being cared for.

“It’s a good idea to mow a path through [your meadow], maybe a beautiful winding path that draws you in … Potentially also using signage; ‘this garden is for bugs’ or something like that.”

The no-mow movement seems to be getting more popular: on September 7, 2020 Auckland Council announced a new no-mow pilot at Grey Lynn park.

“The no-mow approach has so many benefits in terms of the environment and parks management. We’re excited to watch the progression of this pilot and hopefully roll it out through all our parks and reserves.”

Interesting article but I am committed to the lawn and upkeep. It is a problem having a new lawn a few years ago that to maintain it is time and money consuming. Most now weeds and whatever to keep the place tidy and our cities and towns are more spread out because people want to feel the space and have gardens to be attractive. Yes I guess it is for more the more affluent but it is difficult to contemplate all the investment to be abandoned. Still enjoy looking at a beautiful garden with beautifully manicured lawn.

Personally I think that an unmown lawn looks as if no one cares for their section. It sounds as if you prefer houses where you can reach out and touch your neighbours windows. It may cost a bit of money for upkeep but did you actually ask if the people minded spending it. They have pride in their house and grounds and there is nothing wrong with that.