Heavy rain and severe gales for parts of NZ 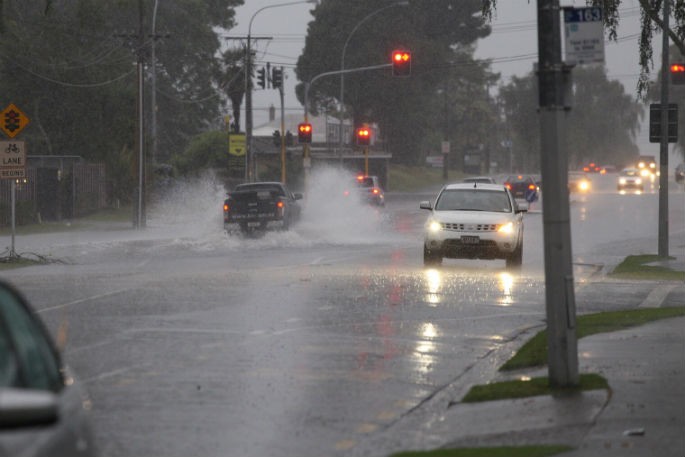 A significant severe weather event is expected to affect much of the country over the weekend and into early next week, Metservice says.

In particular, severe gales are forecast for many places and could make driving hazardous, especially for high sided vehicles and bicycles, while snow is expected down to low levels in many parts of the South Island, especially in the far south, and is likely to disrupt travel.

Additionally, large west to southwest swells are expected from later on Sunday through to Tuesday, affecting the west coasts of both islands, and the south and east coasts of central and southern New Zealand.

Severe Weather Warnings and Watches are now in force for this event. People are urged to take extra precautions and keep up to date with the latest forecasts for their areas, especially those considering travelling.
An active front is forecast to move eastwards across New Zealand over the weekend, preceded by a strong and moist north to northwest flow and followed by a strong and cold west to southwest flow into early next week.

This front delivers a period of heavy rain to some western areas, severe gales for many places, and snow to low levels to many parts of the South Island. Early Sunday, there is high confidence of rainfall accumulations reaching warning amounts, and north to northwesterly winds becoming severe in Fiordland, southern Westland and the Canterbury and Otago headwaters, while northern Westland, Buller, Nelson and the Marlborough Sounds, including the Richmond Range have moderate confidence for both wind and rain.

In addition, the winds are forecast to change southwest later on Monday, with moderate confidence of severe gale southwesterlies affecting Fiordland, Southland and Clutha later on Monday and Tuesday, and low confidence for the remainder of Otago as depicted on the chart.

The combination of strong southwesterly winds and cold air is likely to cause stress to livestock. Also, many higher roads and passes across the South Island are likely to be affected by snow on Monday and Tuesday. Meanwhile, across the North Island, on Sunday there is moderate confidence of warning amounts of rain for Taranaki, Taumarunui, the Central Plateau, the eastern Bay of Plenty Ranges and the Tararua Range.

In addition, on Sunday and Monday, there is high confidence of severe gale northwesterlies affecting south Taranaki across to Wairarapa and down to Wellington, with moderate confidence for the remainder of the North Island on Monday.

Then on Tuesday, there is moderate confidence of severe gale westerlies in exposed parts of Hawkes Bay south of Hastings down to Wairarapa north of about Featherston. In addition, snow may affect the Desert Road on Monday and Tuesday.

On Wednesday, the west to southwest flow across the country should ease as a ridge of high pressure over the Tasman Sea approaches New Zealand.