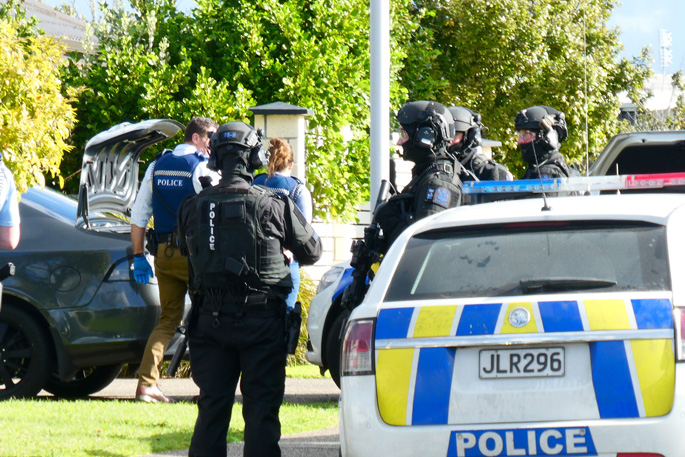 UPDATE: The Armed Offenders Squad is at a Pyes Pa property this afternoon while police conduct a pre-planned search warrant.

A police spokeswoman says AOS is there as a precaution.

She says further updates will be provided when made available.

Earlier: Reports are coming in of armed police surrounding a house in Pyes Pa this afternoon.

A Landing Drive resident says more than six armed police are surrounding a nearby property.

He says there are four police cars and one van parked on Landing Drive.

Another witness says Landing Drive has been cordoned off by police.