Going the distance for Waipuna 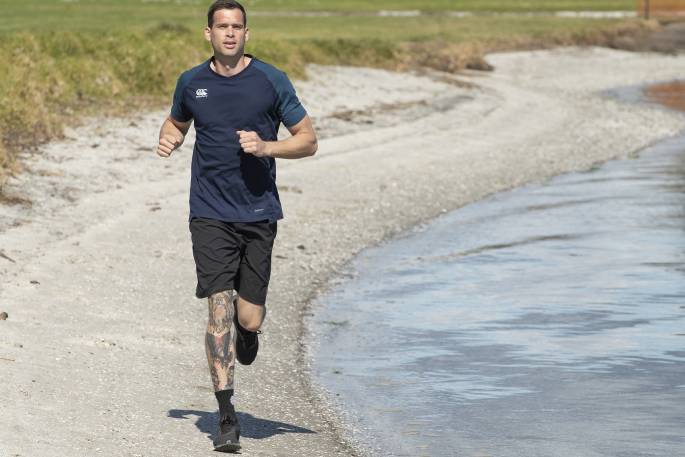 The challenges faced in the army by a group of four mates will have nothing on their next test, running 100km each in 24 hours.

Tauranga man Jamie Kell is hoping their time in the military will give them the mental strength needed to get through the endurance race.

“Some of the hardest things I've ever done have been in the army. A lot of that mental preparation definitely came from the training I got in there.

“We're all ex-military. We've done a few hard things in our time, so it definitely helps.”

The 29-year-old says long distance running isn’t normally his thing but he’s been training for the last two months by running 100km per week.

He normally does three 30km runs then two shorter ones, but is taking it easy this week before the big day on Saturday.

The quartet are taking part in the Blue Lake 24hour Challenge near Rotorua and will run at least 19 laps of the lake.

Jamie says high intensity interval training is more his style and before he began training, 5km was his max.

“I have done long distance in the past, but I prefer the short stuff. Two of the other guys, they aren't runners at all. They would say they hate running, so for them it's going to be a real good push.”

The idea came from the book ‘Can’t hurt me’ by ultra-marathon runner David Goggins which inspired them to take on the mammoth task.

The decision to take on the challenge isn’t just for personal achievement the guys are also raising funds for Waipuna Hospice.

“They get to go into this amazing facility and spend their last couple of weeks there and it's all free,” says Jamie.

“It's one of those things you don't really think about, it doesn't really cross your mind until it's one of your family members.

“We were both very moved by the level of care and compassion shown by the staff and are so grateful that this service was available at such a heavy family time.”

They are hoping to raise $4000 or $10 per km and have decided if they run 400km before 24 hours is up they’ll keep running until they reach their time goal.

“We are so grateful for all the effort they are putting in to this incredible 24 hour challenge. We wouldn't be able to do what we do without support from people like them.

"Waipuna Hospice relies on fundraising to provide the best possible care to people in our community facing a terminal illness.”

To find out more search: ‘400km in 24 hours for Waipuna Hospice’ on the Givealittle website.