Muller opens up about panic attacks days into job 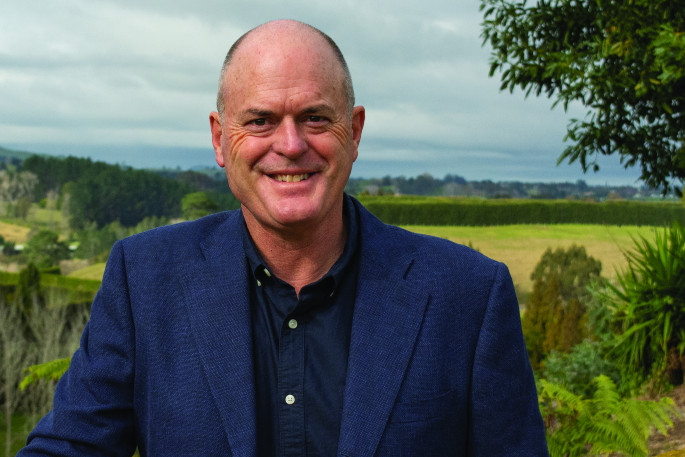 The Bay of Plenty MP is talking about the issues that led to him resigning from his role as the head of the opposition - in a bid to encourage others to speak up about mental health.

This week is Mental Health Awareness Week and Muller wants to share this piece of advice: "Share the pain."

In a Facebook post that begins with "A personal reflection", Muller says "mental health challenges had always been other people's issues. Being a MP introduced me to some of the challenging journeys that many in our community live, but I was fine, I never had an issue previously even when life and jobs had thrown me curveballs".

On 27 May - five days after becoming the National Party leader - he had the first panic attack of his life.

"It started with an intense prickling sensation in my head, followed by what I would describe as 'waves' of anxiety.

"I had never experienced these sensations before, despite having lived through some very high pressured moments at Fonterra dealing with global food safety scares.

"I tried to stem these sensations of dread by taking as many deep breaths as possible and forcing my mind to focus on something else, anything else.

"I managed to hold it together until I walked into my wife's arms and broke down in a very deep and painful way.

"As Michelle did many times over the subsequent 50 days, she comforted me, soothed these feelings of wretchedness with unconditional love and positivity. I awoke the next morning tired, but excited for the day that lie ahead.

"The next weekend it came back again, this time with even more ferocity. Night sweats, deep sensation of anxiety and nausea, shortness of breath and the ongoing prickly buzz and sense of tightening pressure in my head.

"That attack lasted 15 minutes, but the tightening pressure on my head stayed with me until the end."

From then on, Muller struggled to sleep. The attacks continued - and increased in frequency during the day.

"I was increasingly fraught with the fight. I had never experienced panic attacks before. When I had heard of people talking about them, or even sharing their experience previously, I thought people simply just had to try harder, or get a grip, or focus on something else more positive.

"Everything I was now trying to do but failing. For me it had become a daily wrestle of my mind and it took an astounding amount of mental energy to get through each day."

Muller says his family "bore the brunt of it".

At home, he had nothing left to give them.

"Rather than being truly present, I found myself unable to get out of bed and mentally distant. Michelle kept trying to put up emotional scaffolding to stop me falling further in a most generous and patient way. But inside it felt to me as I was slipping down a slope and however hard I tried to grip the bank, I couldn't stop."

Eventually, the panic attacks were bad enough he had to step down as leader.

In a statement at the time he said: "It is more important than ever that the New Zealand National Party has a leader who is comfortable in the role.

"The role has taken a heavy toll on me personally, and on my family, and this has become untenable from a health perspective."

He intended to take time with his family and restore his energy.

Muller had been leader of National for 53 days.

Four months on, he says he is recovering well with love and support from family, friends and a specialist.

"I have been inundated with goodwill, humbled by random people congratulating me on my courage and in some cases asking for advice. The recognition is not due, for whilst at the end, I did walk away, I could. The greater courage is those who deal with it even when it is harder to walk away.

"In terms of advice the only piece I will ever proffer is to share the pain. For me it was sharing with both my wife and towards the end a very good friend. I can't emphasise this enough. Speak up, it does not so matter to whom, but it does so matter that you do."

In sharing his story, he sought to add his experience to "those thousands of other brave New Zealanders who have battled and still battle today with their mental health. I know now that is the definition of true courage.

"We need to listen more to people like Sir John Kirwan and Mike King, true leaders who demonstrate daily their commitment to their fellow countrymen and women."

Muller says he's enjoying being back working as the MP for the Bay of Plenty.

This week is Mental Health Awareness Week, and this year's theme is "Reimagine Wellbeing Together - He Tirohanga Anamata".

The Mental Health Foundation says it is a chance to "build on the things we've been doing to look after ourselves, and to reimagine wellbeing together - during COVID-19 and beyond".

.......... it is good to know you are are on ’the mend’ Todd and congratulations for the strength of your family, but having said that, it is nearing election day, and we await reasons to place our trust in you at the ballot box, we look forward to a sound and strong campaign to see you through to retaining your seat, now is not the time to assume anything.....