Moving the courthouse on CBD wishlist 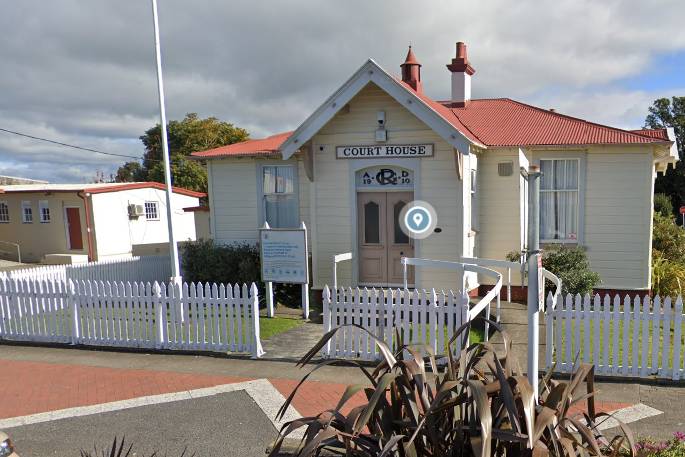 Opotiki district councillor Louis Rapihana called for community suggestions on social media recently as the council works on a plan to refurbish its CBD.

There are some common themes among the more than 200 responses on the Facebook post with residents calling for more playgrounds and greenspaces, refurbished shopfronts, new non-slip pavement, new rubbish bins and toilets, a one-way main street and expressing the desire to move the Opotiki Courthouse away from the town centre.

People say they found the people hanging around the courthouse on court days, intimidating and scary.

Most felt the historic courthouse, which is the town’s original schoolhouse, is no longer fit for purpose.

It is very small with little space in the court room or foyer for people to wait until their case is called.

They consequently often sit outside on the grass and sidewalk, in all weather.

Some people say they would not enter town on a court day because it is “too scary” and one person said they are sick of being eyeballed by people waiting outside the court.

It's suggested the courthouse be turned into a café instead.

Mr Rapihana says working with the Ministry of Justice to move the courthouse is something the council should consider “considering the environment it does bring when it is court day”.

“It can become quite intimidating with all our people who need to go to court standing around outside, filling up the streets.

“At the same time, those people are also members of the community and they have the right to be in town, but I do understand the frustration of some who don’t understand that environment. But we need to speak with the justice system on relocating it where it is not so intimidating on the wider community. It’s just not suitable anymore.”

Mr Rapihana says the council is working with planners to create a design for the CBD.

The planners were taking on board comments from the council and business owners so it was important to him to get the views of the community first.

“I needed to know what they actually want. Not what I want as a councillor but what the community wanted to see,” he says. “The voice of the community is very important to me.”

Mr Rapihana especially agrees with the comments regarding parks and reserves and that the town needed more safe areas for its tamariki and mokopuna to play in.

“We need more of that in the CBD itself. I think we should buy some buildings, take them down, open it up and put in more greenspaces where family can gather and make it more inviting to go into town.”

He agrees with those seeking a one-way main street and said he would like to see the CBD closed to vehicular traffic completely.

Mr Rapihana says Opotiki holds a lot of street events and it's not safe to host those when the streets are open.

“I would like to see more café areas, more sitting and gathering areas.

“I know the business owners are not so keen on that idea, but I feel it makes more sense to close it and have people walk through it.”