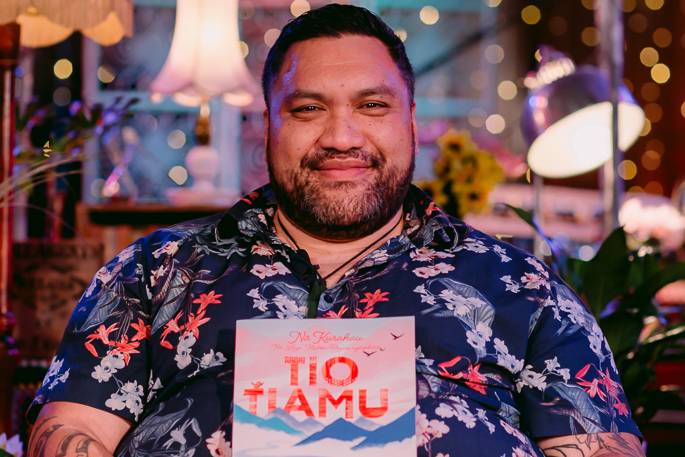 Actor Maaka Pohatu will be doing the reading. Supplied photo.

An award-winning children’s story in Te Reo Māori about a giant with a kind heart has been reimagined by the New Zealand Symphony Orchestra Te Tira Pūoro o Aotearoa for a special whānau-friendly video to premiere tonight.

Tio Tiamu, written by Kurahau and illustrated by Laya Mutton-Rogers, tells the story of the giant Tio Tiamu (Toe Jam) as he overcomes many challenges.

Tane is an accomplished composer and sound designer, including music for films. The NZSO has worked with Tane before, recording his score for the interactive online storybook Oat the Goat created by the Ministry of Education as part of a national bullying prevention campaign in 2018.

Maaka has toured with the NZSO as a member of the Modern Māori Quartet and is one of the stars of hit TV mockumentary series Wellington Paranormal.

“On first reading Tio Tiamu I was surprised and delighted to discover it was a story of great emotional depth ripe for musical expression,” says Tane.

“I was also fascinated by how much more detail and resonance there was in the Te Reo Māori as opposed to the English version. Te Reo Māori has a rolling rhythm which spools this story out bit by bit, like a song.

“I wrote the music with the aim that even an audience member who understands little to no Te Reo Māori could still get caught up in the emotional journey, and enjoy the poetry of the language.”

The video will premiere at 7pm at live.nzso.co.nz