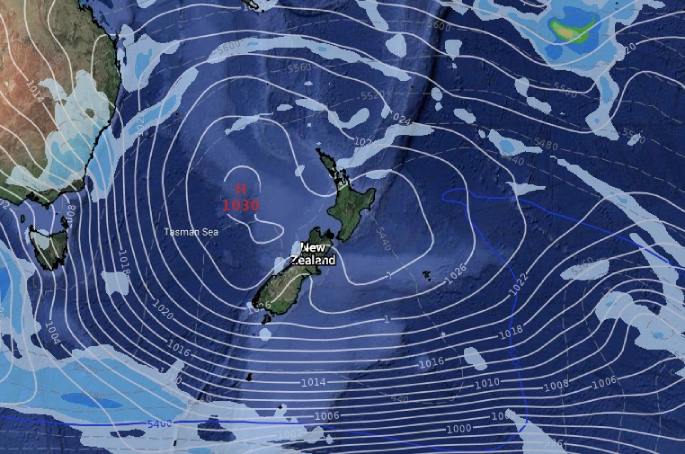 Today is looking mostly settled for much of the country. Image: WeatherWatch.co.nz

A large high from the Tasman Sea moves in today, pushing away remaining light showers but still bringing a fairly cloudy day to a number of regions.

Central NZ and the eastern South Island should see some of the sunniest weather today, says WeatherWatch.co.nz

"Winds will be light in many places with some parts of northern NZ having a role reversal with the winds, from windy westerlies to light easterlies.

"Elsewhere, after a cool morning, the afternoon looks fairly mild.

"Some light frosts are possible through the South Island’s interior but the afternoon looks several degrees warmer than average."

A high of 15 degrees is forecast for the BOP today, with an overnight low of 9.