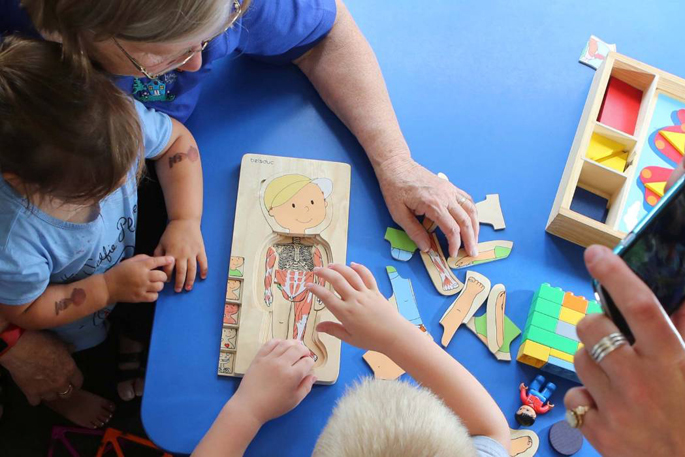 Many early learning centres are looking to draw on their own cash-strapped resources to survive COVID-19, rather than increasing fees for parents.

A survey by the Early Childhood Council showed while a quarter would consider raising fees, just under half wouldn't.

Early learning centres rely partially on government support, with some also taking a fee from parents. However, as a result of the lockdown, and with children unable to attend, many stopped taking the fee, and are just relying on central support.

He says so many are reluctant to re-introduce, or even raise fees for parents to survive, which is unsurprising.

"Childcare centres certainly want to focus on the needs of the child, and provide the best experience they can, so they'll be reluctant to charge any more of a fee to parents than is necessary to keep the service running properly.

"The pressure that they're under at the moment by not charging a parent fee can be quite extreme."

Despite centres being able to apply for the subsidy, only a limited number have been eligible, meeting the threshold of a 40 percent drop in revenue.

The survey of Council members showed just 19 per cent are able to access the subsidy.

While only a quarter of centres surveyed had applied for the fund, just 3 percent were successful so far.

"What we're seeing is a pattern of approvals that are very much pro-school. I'm not suggesting for a moment schools don't deserve support - they do - but to the extent that early childhood services are effectively being shut out by the fund is really disturbing and concerning.

"We don't want them to expand the criteria, what we want them to do is stick to the criteria as it was first described, and ensure that people who have good ideas who would qualify for that URF funding are getting a fair share.

"There are pockets around New Zealand where that's clearly not happening. In one region alone, almost 90 percent of the approvals for the URF that have been made have been given to schools."