All Blacks to train in BOP 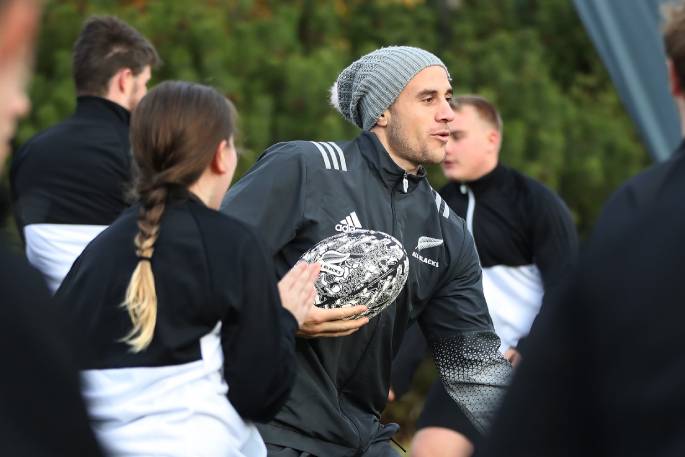 The All Blacks will be in Whakatane next week. Photo: Whakatane District Council/Facebook.

The All Blacks are heading to the Bay of Plenty town of Whakatāne next week as preparations get underway in earnest for the home Bledisloe Cup Tests and Investec Rugby Championship.

The squad will be based in the town from Monday to Wednesday next week - and rugby fans are invited to get up and close with the team at a public training session on Tuesday, September 22.

The public event will be held at 9.45AM at Rugby Park Whakatāne and will be dependent on Whakatāne being at Alert Level 1.

“We're all looking forward to coming to Whakatāne to begin our prep for the Test season and, being from the Bay, I know there'll be a lot of support so it'll be cool to catch up with everyone," says Bay of Plenty born All Blacks captain Sam Cane.

"The All Blacks are such a huge inspiration to us all for so many reasons. After the double blow of the Whakaari eruption and COVID-19 this is just the injection of energy that we need.

"We can’t wait to show them our manaakitanga and host them in our rohe.”

The All Blacks will also hold a camp in Hamilton the following week before assembling on Monday 5 October in Wellington to prepare for the first Bledisloe Cup Test on Sunday, October 11.

The All Blacks play the second Test against the Wallabies at Eden Park on Sunday, October 18.