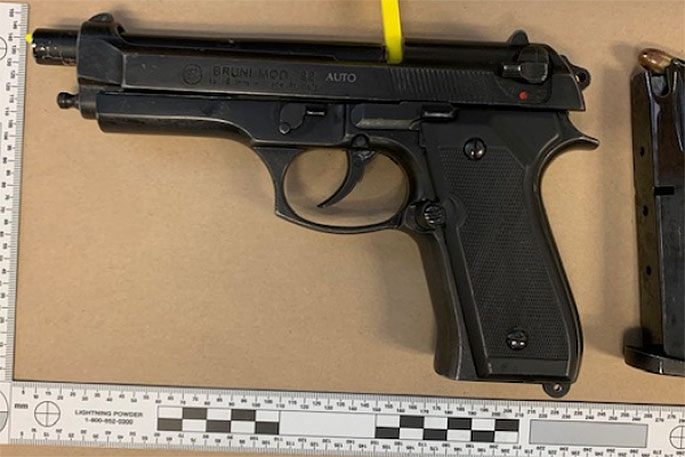 The gun found during the search. Photo: NZ Police.

Police have charged a man in relation to an incident on August 7 where shots were allegedly fired at police during a vehicle pursuit.

Detectives carried out a search warrant at a Papakura address and arrested a man on Tuesday after.

Police also located a pistol and ammunition during the search, along with a quantity of cannabis.

A 34-year-old man will appear at the Manukau District Court today charged with Using a Firearm Against Law Enforcement Officers, Failing to Stop, Dangerous Driving and Unlawful Possession of a Firearm.

Superintendent Jill Rogers says this was a frightening incident for the staff who were involved.

“Fortunately none of our staff where physically harmed in this incident but the lasting impact for these officers cannot be underestimated and we are ensuring they are provided with ongoing support.

“I want to acknowledge the staff who have been investigating this matter for their dedicated efforts to locate this dangerous offender who is allegedly responsible and hold him to account.”

Police encourage anyone with information regarding unlawful firearms in the community to contact Police in confidence on the 105 non-emergency reporting line.

Information can also be provided totally anonymously via Crimestoppers by calling 0800 555 111.