Time for the Great Kererū Count 2020 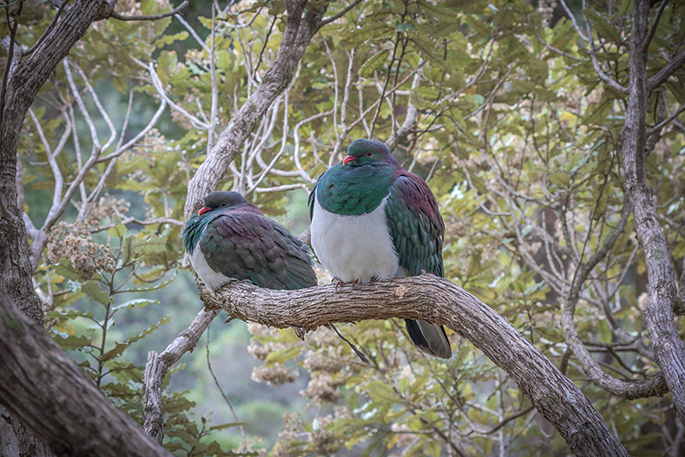 Kererū Discovery is calling for all kiwis to get out and count kererū. Kererū only live in Aotearoa New Zealand.

Whether you love their classic white singlets, their whooping wingbeats, or their awesome air shows, kererū are unique to Aotearoa and as kiwi as kiwi.

This year the annual Great Kererū Count 2020 runs from September 18-27.

Associate Professor Stephen Hartley, Director of the Centre for Biodiversity & Restoration Ecology at Victoria University of Wellington, says this is the seventh year of this annual community science project.

“The Great Kererū Count is about New Zealand working together as community scientists to gain a better understanding of kererū so we can help them thrive. Whether you see any kererū or not, sharing observations is helping us get a great picture of where kererū live, how many kererū there are or are not, and most importantly how best to protect them.”

As well as being real characters of the bush, kererū are also known as the gardeners of the sky – spreading precious seeds of forest giants such as tawa, miro and hinau. Native forest is important for our health and wellbeing, and for ecosystem services such as clean water, clean air, and healthy soil.

Tony Stoddard of Kererū Discovery, who coordinates the Count, shares some tips for good spots to see kererū.

“At this time of the year kererū will be flocking to trees like willow and tree lucerne. These trees are kererū-magnets as the birds come out of their winter-feeding grounds and prepare for the breeding season by feeding on the nitrogen-rich leaves.

“In urban areas, kōwhai are another important food source for kererū, and you will often see or hear angry tui defending their trees from hungry kererū.”

Rural areas aren’t left out of the count, and according to Stoddard, if you are very lucky and have a keen eye, you could come across flocks as large as 100 in a paddock free ranging on grass and clover.

Last year people in many districts and cities reported that kererū appeared less abundant. “This might be because last year there was an especially high amount of fruit and food for kererū deep within forests, and so people just didn’t see them as much in gardens and around town.”

Some of the questions which may be answered this year are whether or not numbers in urban areas have increased again, whether last year’s plentiful forest food means a corresponding bumper year for breeding, or if predators are preventing the kererū population from booming.

The Great Kererū Count is an opportunity to answer these questions and more, and everyone is encouraged to take part in the count.