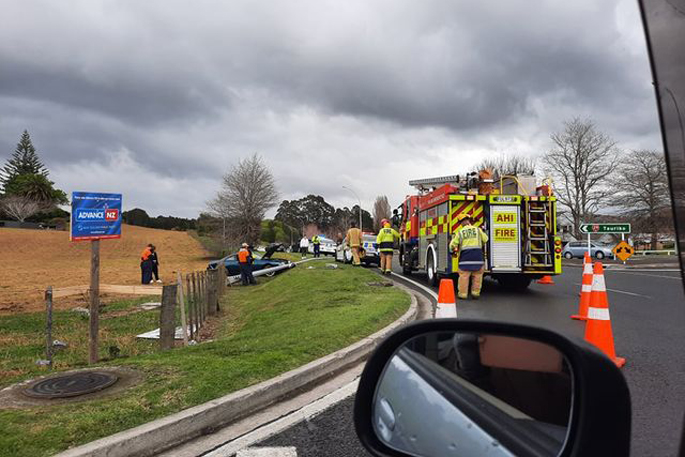 The scene of the crash. Photo: Supplied.

A car has crashed into a fence and a light post on State Highway 29a near Poike this afternoon.

A police spokeswoman says they were notified of the crash near Poike Road at 12.10pm.

She says the light post has been moved off the road so there are no road blockages.

Police were unable to provide information about injuries.

A SunLive reader says the car went through a fence, taking the pole out as well.

She says fire crews and ambulance are at the scene.