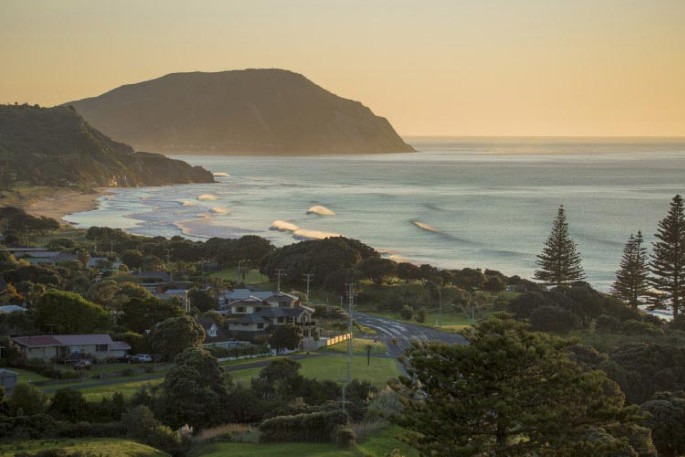 The Government has approved in principle an allocation of up to $45 million to support the construction of a marine transport facility at a suitable bay to increase economic activity in the region and provide jobs.

While it is unlikely this project could be under way within 12 months, Ministers want the $3 billion tagged contingency for infrastructure to support job creation in the immediate and longer term future.

“Our officials will now work with local iwi, local businesses, coastal shipping operators, to develop a proposal that is economically viable and sustainable, has broad community and local and wider iwi support and will create hundreds of jobs for locals,” says Jones.

“This part of New Zealand is among the most isolated, and economically and socially deprived regions in the country. The population is predominantly Māori and, according to the last Census, the median income is only $18,500 and only a third of people are in fulltime employment.

“The idea to create a marine facility for moving goods by sea has been mooted many times over many years. The suitable bays in northern Te Tairāwhiti area are halfway between the ports of Tauranga and Gisborne and creating a marine transport facility there could have significant benefits for local landowners. It would also result in reduced transport costs for businesses and farmers and get more freight trucks off the roads.

“Future options for such marine infrastructure could include bulk transport of goods to the area, other export industries and possible tourism ventures. Jobs would be created not only in building and operating the marine infrastructure but also with local businesses supporting the increased economic activity in the area that would result.

“The scope and shape of this proposal will be managed by Crown Infrastructure Partners on behalf of the Government. Infrastructure Reference Group (IRG) Ministers want to see a proposal developed that manages the interests of local stakeholders and is economically viable and sustainable.

“There are a number of options to consider with various counterparties and further due diligence and engagement with local hapu is required before IRG Ministers proceed with the proposal,” says Jones.

The projects are being supported from the $3 billion ‘shovel ready’ fund set aside in Budget 2020 to kick-start the post COVID-19 economic recovery.

A list of the projects announced from the $3 billion tagged contingency for infrastructure can be found here.

All approvals are in principle and subject to contract negotiations. Investment values are also subject to change.

has anybody ever heard of this place before. it’s so remote that it is not even on any maps.

why arnt they using some of the millions they have already been paid. once again a select group getting taxpayer money for their own benefit