Crash on SH29A near Maungatapu 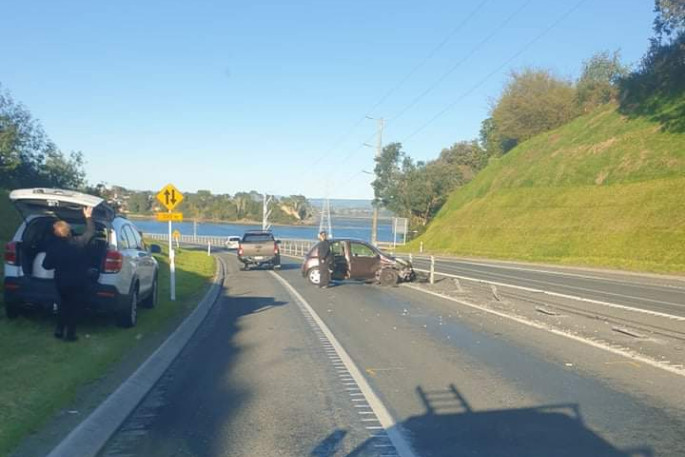 The vehicle crash on SH2 near the Maungatapu bridge. Photo: Supplied.

SunLive readers are reporting a single vehicle crash on SH29A near Maungatapu.

The crash has caused traffic to be held up between the Baypark and Maungatapu roundabouts.

"Traffics backed up to Baypark and bugger all traffic coming towards Papamoa," says a SunLive reader.

"Goes all the way back to Baypark."

The single vehicle crash occurred around 7.30am. An ambulance and police have arrived at the scene.

Police report that the minor crash has caused traffic to be backed up. There are no reported injuries. A tow truck is on the way to tow the car away.

SunLive readers also report there has been some damage to the median barrier on SH29A due to the crash.

At the scene? Please phone 0800SUNLIVE or email newsroom@thesun.co.nz

on my own not in charge

If its not medical,single car accidents should not happen if the driver is a confident driver.he should not be driving