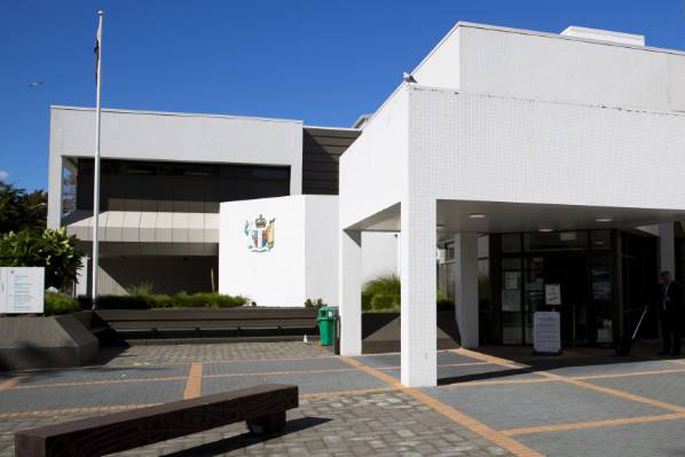 Pan was sentenced at the High Court in Rotorua.

An acupuncture business owner who ran over and killed a 71-year-old woman told police he didn’t even remember driving down the road where he hit her because he was “too drunk”.

Xianju Pan had been celebrating Chinese New Year with friends at a Rotorua restaurant on January 23 this year and drinking beer and the Chinese spirit baiju, which is similar to whiskey.

According to the police summary of facts, Pan then returned to his BMW SUV and drove off.

“The defendant was observed by other motorists cutting another motorist off whilst navigating a roundabout in the Central Mall area, not indicating for any of the turns that he made and crossing the centre line.”

Two other drivers alerted to his poor driving became concerned Pan was “either a very poor driver or intoxicated”.

As Pan approached the Ranolf St intersection, so too did Martine Gale. She was walking back from the supermarket with the aid of her wheeled walking stroller.

“She was observed and clearly visible to the drivers of the two vehicles directly behind the defendant’s vehicle,” the summary said.

“The defendant did not slow down. The front of the defendant’s vehicle struck Mrs Gale and she was knocked immediately to the ground and went under the vehicle.”

Pan slowed down, but failed to stop, and was followed to his home address by another motorist who witnessed the crash.

“He was observed by the civilian motorist to be stumbling and swaying as he walked into the address.”

That witness called police to Pan’s address, who spent around four minutes knocking on his door before he appeared and asked: “What happened?”

“The defendant smelt of alcohol, his eyes were glazed and his speech was slurred.”

Gale, who was transferred to Waikato Hospital, died on January 29, the cause of death found to be head trauma.

Pan declined to formally comment in a DVD recorded interview but made “several spontaneous comments”.

“In relation to the crash itself, the defendant said he did not remember hitting anyone while driving, he remembers being at Devon St and explained that this is the address of a patient of his,” the summary said.

“The defendant said he could not remember driving to Devon St and believes the reason for this was that he was too drunk.”

Pan was sentenced at the High Court in Rotorua on Wednesday on charges of driving with excessive breath alcohol and failing to stop after an accident.

He received 11 months’ home detention and was disqualified from driving for four years.

Beyond Belief: What is the process to challenge such a decision?

Once again a demonstration of New Zealand’s Third World judiciary. Has there been any comment from the Justice Minister - nah!

This is an outrageous sentence and the Judge in this case should hang his head in shame! This moron has taken a life by driving like a maniac and should be doing at least 5 years in prison right now.

I agree with both groutby and Walbuck. Should’ve been charged with murder though. He purposefully got behind the wheel after drinking and then didn’t even bother to stop to ascertain injury and now conveniently doesn’t remember any of it. Our laws are WAY TOO LIGHT on driving under the influence. That poor victim’s family or in the Judges opinion - who cares, have some time off in the luxury of your home shopping online having everyone else serve you. Disgusting and disgraceful.

Is this all that poor woman’s life is worth? Why is he not in jail for 10 years??? That was a loaded weapon he was in with his level of intoxication and he killed her with that loaded weapon.!! :(

.....11 months at home and a driving disqualification for killing someone?...perhaps I missed the point.......

11 months of Home Detention for Drunken Driving Causing Death and Failure to Stop and Render assistance Should have been charged with Manslaughter. Bet it would have been a whole different sentence if it was a Member of Parliaments mother