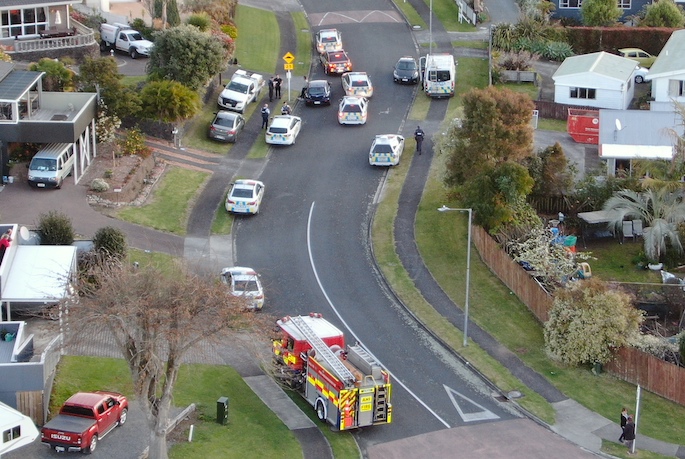 Aerial image from a Welcome Bay Resident. Property of SunLive.

A man threatening to burn his house down has sparked a large police presence in Welcome Bay.

A Welcome Bay resident has contacted SunLive saying there are armed police and the police negotiation team at the scene.

He says there are around 10 police cars in the area and they assembled near Achilles Crescent.

A police spokesperson says police were called to an address at 5pm tonight after a man threatened to burn his house down.

“He's now in police custody to be referred to mental health services.”

Residents in the area say police are searching through the house following the man's arrest. 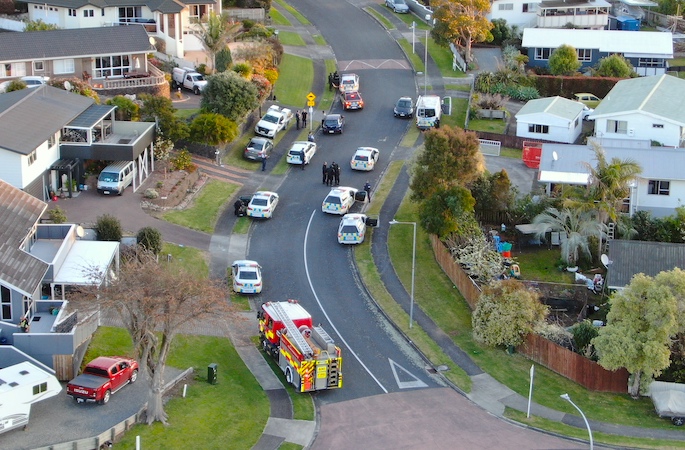