Involving both Māori and Pasifika in rugby league 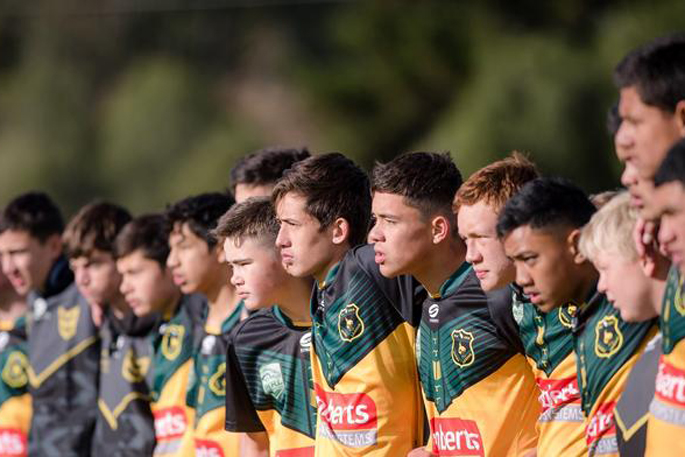 New Zealand Māori Rugby League (NZMRL) is working with the sport's national body in reviewing the way the game is being delivered, to ensure Māori and Pasifika community clubs are being included.

Last week, former Kiwis player Tony Kemp wrote an explosive open letter to the NZRL demanding more Māori and Pasifika voices be included at the decision making table and for more funding to filter down to the grassroots game.

"He [Kemp] was right on the money. It was very appropriate and he's only saying what a lot of us have been thinking. He's passionate, he's got a deep affiliation with the game and rugby league across a number of spectrums and I'm very supportive of him," he says.

"I have a good relationship with NZRL and with Greg Peters over many years and I'm talking over a 20-30 year period so we're okay. However, I do take exception to their model. I don't think it's working and I'm not only talking with New Zealand Māori Rugby League, but I'm talking with clubs in and around the rohe of Aoteaora."

John says something needed to change.

"We've got clubs going to the wall, we've lacked a little bit of investment, and the trickle down effect hasn't really happened with grants from national boards like Sport NZ and funders and it does need to be reviewed."

He says NZMRL's involvement was in the pipeline prior to Kemps' letter and he hoped their inclusion would see some "fair decisions being made."

John says Māori and Pasifika were a huge part of the game, yet were being forgotten.

"We just want to be treated fairly, treated with respect, and be part of some decisions that affect the game especially from a Māori and Pasifika point of view.

"If there's grants and that coming in from Sport NZ, Māori and Pasifika are a part of that, we're a great part of the game. Our numbers and participation numbers in the game are huge and yet we struggle and we're still doing the lotto drops and the chicken raffles, it doesn't make sense."

NZMRL run some of the biggest league tournaments in Aotearoa, dating back 23 years for tuakana (adult men and women), rangatahi (15s and 17s kotiro and tama), teina (13s and 14s) and tamariki and attract close to 10,000 people every year.

John says it's time for NZRL and Sport NZ to focus on grassroots.

"In rural New Zealand in the country, rugby league is a way of life. I'm talking in the towns like Tokoroa, Huntly, Ngaruawahia and Ngati Pikiao, rugby league is what we live and breathe, it's generational especially for Māori and a lot of Pasifika in Auckland. It's a way of life and that hasn't been recognised, I believe, in the past by the NZRL.

"A lot of times the funding is centered and triggered towards the high performance and I know the Kiwi's pull in the money when they're allowed to play and they get the crowds and stuff like that, but grassroots rugby league is struggling it's fair to say."

John says there were areas like Taranaki and even Wellington that were going backwards with pockets of competitions around the country, but nothing with a sustainable model.

"That's where we need to work together because the role that sport plays in our community, especially our Māori and Pasifika community is huge."

He says it was all about making the game enjoyable and affordable.

"With our Pasifika community and our staff of 30 it's a team effort. We're all volunteers, no one gets paid for this, and having all these people come in and put all these hours in shows it's for the passion and love we have for the sport and our community.

"To be able to get a nights accomodation or a little bit of petrol money that would be huge and that would help, and of course then the flow on effect would be that we don't have to charge our rohe's or participants exhuberant entry fees and that's they key; making our game enjoyable and afforable."

It's a shared responsibilty, he added.

"Whether it's Māori or the Pasifika tournaments, it's a joint venture. It's a celebration of culture but using rugby league as the vehicle to drive it and so we've got to grow the game together."