Challenges of a critical life-saving job 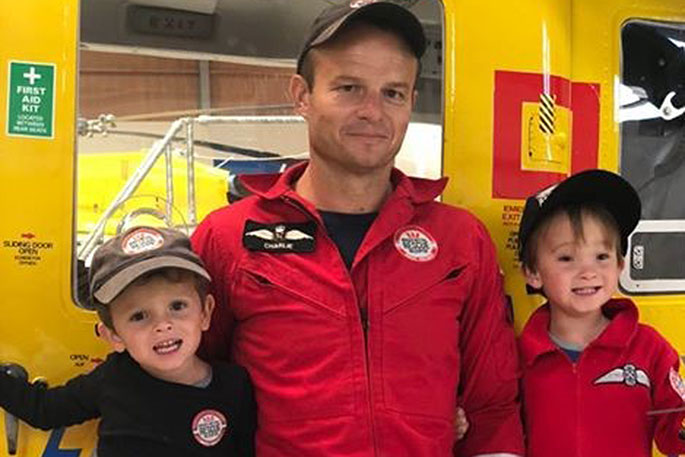 Working for such a critical life-saving service can come with its challenges.

Being a father onboard a rescue helicopter can at times be difficult with the high-pressure nature of emergency work.

The pressure of shift work, fatigue management, and the mentally tough role of being a first responder, often leading to a high-intensity lifestyle.

Due to a high number of rescue crews being male and many a father figure, they not only have one super important role to fill but two!

Though their role at work may be as a pilot, crewman or intensive care paramedic, they never lose sight of the most important role in their life, that is to be a dad.

As a service that is available 24/7, 365 days, Philips Rescue Helicopter Trust is taking the time to appreciate the time and effort that goes into balancing your work vs family life.

Understanding how demanding the role and roster can be is down to having a supportive family.

Father to four boys, crewman Bill McNeilly is a first responder and shift worker onboard the Waikato Westpac Rescue Helicopter.

As a father involved in a highly demanding job, it can often come with many different challenges.

Bill lives in the Bay of Plenty and travels 1.5hrs to get to his job, often spending a lot of time away from his home and working odd hours.

Though Father’s Day is significant to him, he can’t always rely on being able to see his boys on a set day due to shift work.

Bill will always go out of his way to make time with his family, whether it be an early morning breakfast or an afternoon adventure.

“It’s such an important part of my life, being able to make time to see my four boys." Bill’s greatest passion will always be for his family.

"With all these challenges as a father, it’s obvious that our rescue helicopter fathers love their jobs and are a wonderful example for their child lookup.

"But there is nothing more rewarding than being with your family, seeing your children smile, and knowing that you have a significant role to play."