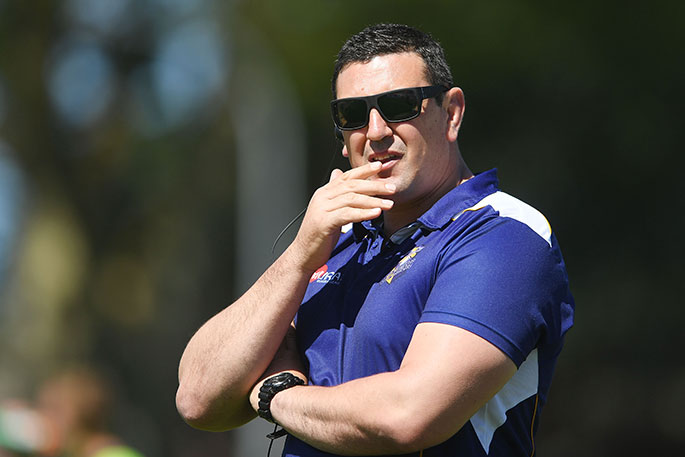 Bay of Plenty Steamers Head coach Clayton McMillan has named his 2020 Mitre 10 Cup squad today and is excited with the squad he and his assistant coaches have assembled.

“Off the back of last year’s highly successful campaign, our immediate priority was retaining the bulk of that squad which we managed to achieve.

"That enabled us to be very deliberate in filling the remaining spots with player profiles that either compliment or bring something unique to our established roster.

"There is genuine depth in most positions, which I think is critical to a team’s success in what is a short but arduous competition.

"More importantly, I know this group is extremely grateful to be playing rugby given the unprecedented challenges we have all been facing due to COVID-19, and will be giving their all to bring some joy to our wider community, sponsors and whanau."

The 2020 squad features many familiar faces from the winning 2019 Championship side; Ross Geldenhuys who brings his dominant scrum skill set, Chase Tiatia with his magic flare, the warrior spirit of Luke Campbell and Dan Hollinshead’s ability to navigate the team on the pitch.

Black returns to his tribal roots after forging a provincial career in Manawatu.

A Super Rugby and Maori All Black stalwart, Otere is a tactically astute game driver who will add considerable value to the team and mentorship to our rising young stars.

Tahuriorangi has also made the move back home to the Bay this season after playing for Taranaki for the previous five seasons.

The three-test halfback says spending more time with his young family was a strong motivation for his switch back to the Bay.

The 2020 squad also sees the return of Kurt Eklund, Emoni Narawa, Aaron Carroll, Kaleb Trask and Jeff Thwaites all of whom picked up Super Rugby contracts after their 2019 Mitre 10 Cup season.

All Black 7’s players Scott Curry and Sam Dickson are set to make their debut for the Steamers this season, alongside 7’s team mates and current Steamers Joe Webber and Regan Ware.

The Steamers coaching team have named Aidan Ross as their Steamers captain for the 2020 season.

Ross is looking forward to leading the team for a second year in a row, with added excitement of playing in the Premiership.

"We topped off our Mitre 10 Cup season last year, gaining promotion to the Premiership division. I know the boys are excited to pull on the Bay jersey again this year and kick off the competition."

The Steamers hosted a pre-season hit out with a game of three halves against Counties Manukau in Whakatane on Saturday with the game being played under COVID-19 Level 2 restrictions which meant no crowds were allowed.

It was the Steamers one and only pre-season game of the season and allowed the team a chance to gel and trial new combinations, while also giving the coaches the difficult task of selecting the team for this Sunday’s season opener match against Taranaki at 2.05pm at TET Stadium & Events Centre in Inglewood.