Run of the mill spring week 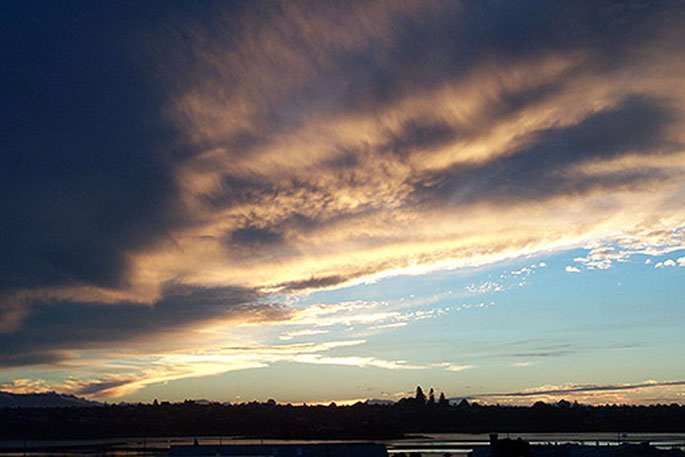 MetService is forecasting a ridge of high pressure to bring fine weather in the early part of this week, until a cold front sweeps over New Zealand from the southwest from Wednesday.

“We still have a cold front clearing the upper North Island today, but a ridge over the Mainland is spreading northwards, bringing settled conditions to most on Tuesday," says MetService meteorologist Rob Kerr.

“During Wednesday the ridge retreats to the upper North Island as northwest winds bring cloud and patchy drizzle to western parts.

With skies clearing and light winds expected for tonight and tomorrow night, most main centres south of Auckland are expected to see temperatures dip below 4°C, so many horticulturalists will be worried about the potential for frosts at this critical growing time.

However, northwesterlies ahead of the cold front will bring warm, dry winds to eastern parts during the daytime from tomorrow, along with a low risk of severe gales for inland parts of the South Island.

Snow associated with the cold front later in the week should top up the ski fields, but is not expected to fall as low as recent events. 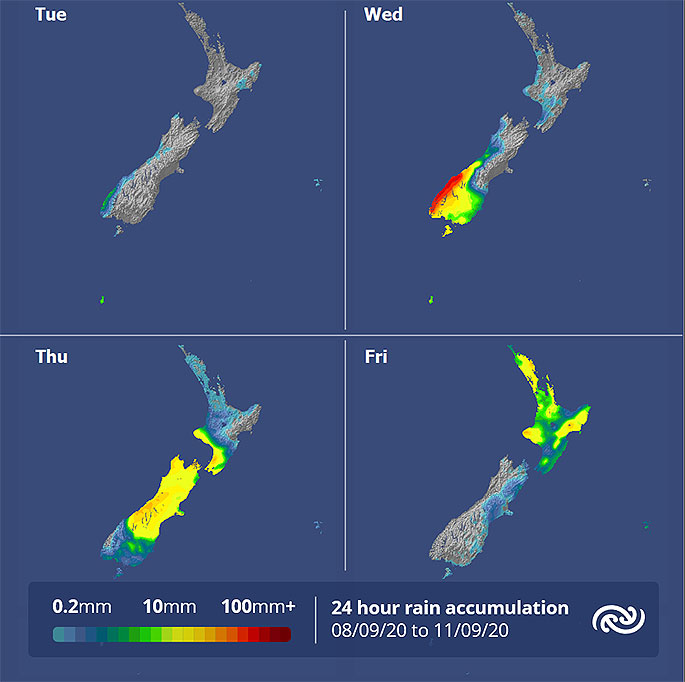