Elderly sleeping in their cars 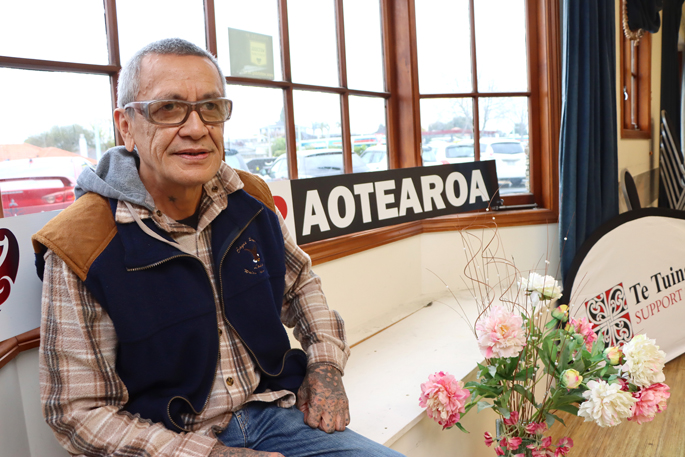 Gordon Thomas 65, is now living in a transitional house thanks to support from Te Tuinga Whanau. Photo: Daniel Hines/SunLive.

An ‘influx’ of elderly people in Tauranga are turning to social service providers for accommodation support after finding themselves facing homelessness.

Tommy Wilson of Te Tuinga Whanau Support Services Trust says the increase is due to families facing financial difficulty in the wake of Covid-19 and also the lack of affordable elderly housing in the area.

“More and more people are finding it difficult to look after their mums, dads and grandparents because they are losing their jobs – that’s what's triggering this trend.”

“We cater to our wealthy old people in Tauranga that can afford it. But there’s nothing for our old people that can’t afford high rents anymore – they are either in a family member’s garage or with us.”

Eight seniors are now living in trust’s emergency housing at Tauranga RSA, and four others have been moved into a transitional house.

Tommy says it’s upsetting the most vulnerable community members are not being cared for properly.

Te Tuinga Whanau social worker Sai Watson Crooks says there are a lot of single men over 65 coming through the trust’s doors.

“We had a 65-year-old who came straight from the hospital in his robe and slippers – that was all he had, and he had nowhere else to go.

She says another 80-year-old man recently moved into the Tauranga RSA as he was the victim of elderly abuse.

Elderly people have also been found by trust staff sleeping in their cars outside the Tauranga RSA.

65-year-old Gordon Thomas is one of four residents who recently moved into the whare from the Tauranga RSA.

Gordon found himself without anywhere to live after returning home from Australia, where he had spent the two previous years.

He says he’s stoked to have safe space to call home, where he won’t return to partaking in past drug habits.

“It’s fantastic – it feels like it’s my place to live and it takes my mind off having to return to a dysfunctional space.

“The towns that I know back home in Manawatu – I left from there because I didn’t want to be exposed to drugs anymore.

“I haven’t done that for two years from not being around it,” he says.

Gordon, who is an artist and carver, says he’s looking forward to putting up some of his works up at the Greerton home.

“It’s one step further than emergency housing – people know they aren’t about get turfed about because it’s permanent, but there is still support in place.”

She says homelessness among elderly is a “heartbreaking” problem, and more support for them is needed.

“We do see it happening in our community. They are stranded – they don’t know where to go or how to go about finding accommodation.”

“We need more houses – we are full, and the demand is with old people. We are putting a plea to anyone that has got a spare house they can rent to us – haere mai with your houses.”

... we should be thankful they have cars to sleep in. The fact that it could be worse does not in any way diminish the seriousness of this situation and the whole problem of homelessness is being seriously under-recognized by successive governments across the political spectrum, locally and nationally. Low-cost temporary dwellings COULD be erected (like the transit camps that housed people after the War - dry and comfortable), but there isn’t the will to make it happen. NO New Zealander should HAVE to sleep rough, any more than kids need to go to bed hungry. We are an affluent nation and we CAN afford to look after our people. It is shameful that we don’t.

How many immigrants are coming in during COVID?We have heard of some given priority lately.kiwis should be given priority irrespective of situation.What is our government trying to prove.