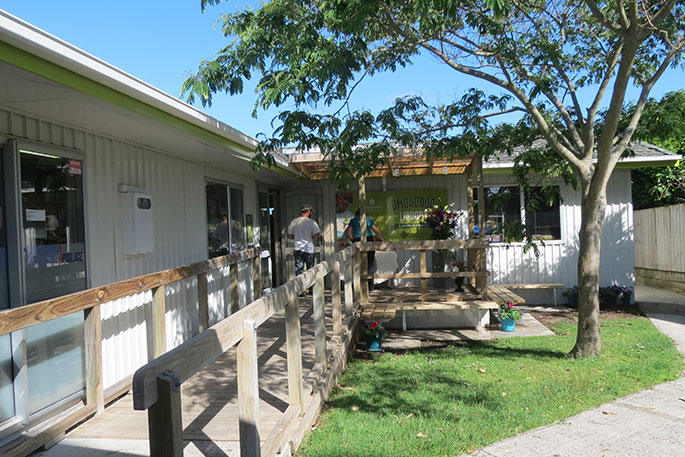 The front entrance of the Omokoroa Library. Supplied photo.

The Omokoroa Library and Service Centre at McDonnell Street will be closed for business from September 18 to 21, while 10,000 books are shifted to the centre’s new location in Western Avenue.

It’s a big weekend for the centre which has been the hub for Western Bay of Plenty District Council’s Omokoroa office for the past 14 years.

The library and service centre will open on Tuesday, September 22, in the newly built sports and recreation pavilion on Western Avenue Sportsground.

Council’s customer service and governance manager Barbara Whitton says the shift of the library collection is a big task and she asks that the public keep clear of the McDonnell Street site and the pavilion site during the weekend to enable everything to be done safely and without interruption.

“Borrowers should hold onto any items they have and we will ensure that any items due back during that time will automatically have their return date extended.

“We look forward to welcoming our customers to the new library on Tuesday, September 22.”

The McDonnell Street office opened as Council’s Omokoroa Service Centre and Library in 2006.

The building was expanded and refitted from its previous temporary use as the planning centre and site office for the Omokoroa Wastewater Treatment project.

Before opening in 2006, Omokoroa had no Council service centre – the nearest being in Katikati.

The location at Western Avenue is a temporary base for the library and service centre until a permanent centre is established in the future new town centre in Omokoroa.