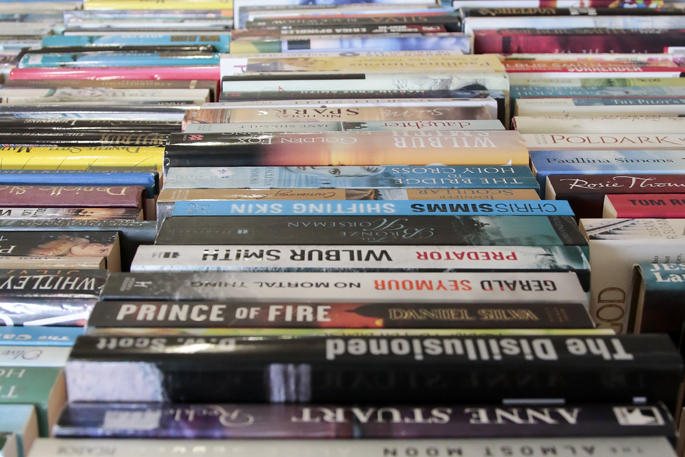 The impact of COVID is reflected in the nation’s renewed enthusiasm for reading, as many people stay close to home and buy books by local authors says Whitcoulls.

During the first lockdown, Kiwis often turned to books for escapism and entertainment, with Whitcoulls reporting a huge upswing in sales.

After the lockdown ended, the ‘team of five million’ turned out in droves to vote for their favourite books in the Whitcoulls Top 100 Books List.

When casting their votes, they showed a strong preference for books by New Zealand authors.

Whitcoulls Book Manager Joan Mackenzie says, "We are thrilled to see ten books by New Zealand authors make an appearance in 2020. The notion of supporting homegrown writers has clearly resonated with Whitcoulls voters and we are particularly pleased to see them on the list."

Among the most notable Kiwi authors on the list are, West Coast writer Becky Manawatu whose novel ‘Auē’ won the Fiction Prize in the 2020 Ockham Book Awards and is voted in at number 30.

Other Kiwi authors that made the list are Psychologist Gwendoline Smith’s ‘The Book of Knowing Series’ (number 29), Doug Gold’s biography ‘The Note Through the Wire’ (number 43) and acclaimed writer Elizabeth Knox, with her new novel, ‘The Absolute Book’ (number 45).

The number one spot is again claimed by J. K. Rowling, who received the most votes from Whitcoulls’ readers for her phenomenally successful ‘Harry Potter’ Series. Irish actor turned popular historical fiction writer Lucinda Riley claimed the number two spot with her series, ‘The Seven Sisters’. Delia Owens shot into third place on the list with her mega-bestselling novel ‘Where the Crawdads Sing’ up from number 78 last year.

Throughout 2020, the enthusiasm for Maori language books has been huge and Scotty Morrison’s book ‘Maori Made Easy’ is no exception, coming in at number 53. Interestingly, the continued popularity of women writers is also revealed in the list with nine books by women featured in the top ten, including Michele Obama’s memoir ‘Becoming’ at number nine.

Contemporary fiction, memoirs and biographies are always favourites with Whitcoulls readers. This year, they voted 25 newcomers on to the list including Jeanine Cummins with her runaway bestselling novel ‘American Dirt’ - a #1 New York Times Bestseller and Oprah’s Book Club Pick - which claimed the number 10 spot.

As ever, the impact of books on film and TV is evident with ‘Normal People’ claiming the number five spot after screening in New Zealand. WW2 books remain popular with Whitcoulls voters and include, ‘The Tattooist of Auschwitz’ (number 4), ‘Cilka’s Journey’ (number 13), ‘All the Light We Cannot See’ (number 19), ‘Lilac Girls’ (number 50) and ‘The Alice Network’ (number 77).

"Overall, there is something for everyone on this list and we look forward to introducing Kiwi readers to a wide range of books.

“We hope our list encourages them to take a risk and experience something different, confident that thousands of Whitcoulls readers have already voted them into the Top 100," says Joan.

Whitcoulls has been asking Kiwi readers to vote for their favourite books for 24 years.