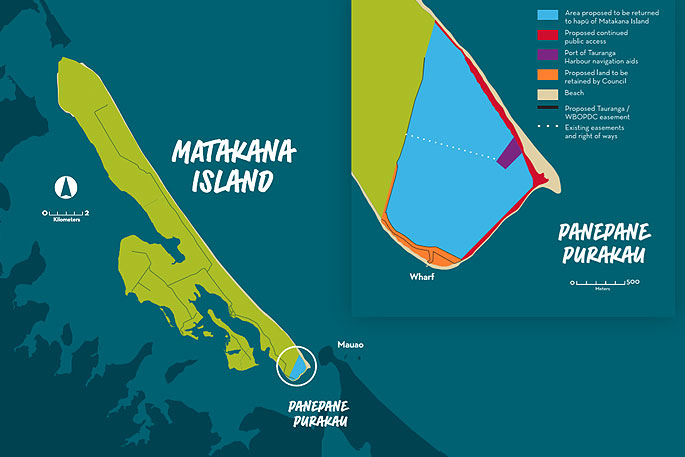 Following four weeks of public engagement, submissions on the proposed return of the eastern end of Matakana Island to five hapū, have now closed.

Western Bay of Plenty District Council Mayor Garry Webber says the level of feedback has been significant and he has thanked the community for their input.

As at the closure of the consultation period at midday today Council has received 7549 pieces of feedback including 6659 online submissions and 857 hardcopy feedback forms.

“The proposed return of Panepane Point to tangata whenua has been a matter of discussions for decades, and something that is very important to the people of Matakana Island.

“Having attended the five community information sessions and listened to the feedback first-hand, I am really proud of the way Council and interested parties came together to share their thoughts and feedback.

“Like any proposal, we have heard strong voices from both sides for, and against. We have canvassed the community, and the public have spoken in large numbers. Now, it is our turn as elected members to take that onboard and make a decision,” says Mayor Garry.

The special public consultative process has seen a major shift to Council engagement with most of the 7552 submissions made online.

Public information sessions were also held in Omokoroa, Te Puke, Tauranga, Katikati, and on the island itself.

Council staff will now analyse the submissions, and provide a report to elected members for consideration, before they meet again on Thursday September 24.

If accepted, Council will return ownership of 165 hectares of Panepane Purakau to a Trust representing the five hapū of Ngai Tuwhiwhia, Ngati Tauaiti, Te Ngare, Te Whānau a Tauwhao and Ngai Tamawhariua.

Public access to the foreshore would be protected in perpetuity through a 7 hectare public reserve and through a 20m esplanade strip around the coast.

Submissions will be publicly available on Thursday 24 September, once all hard copy submissions have been collated.

Council will deliberate on the proposal and make a final decision at an extraordinary meeting on Thursday October 29.

I tried twice to submit on the platform put out by the WBDC, on the back of the Sunlive newspaper, never worked. Great!